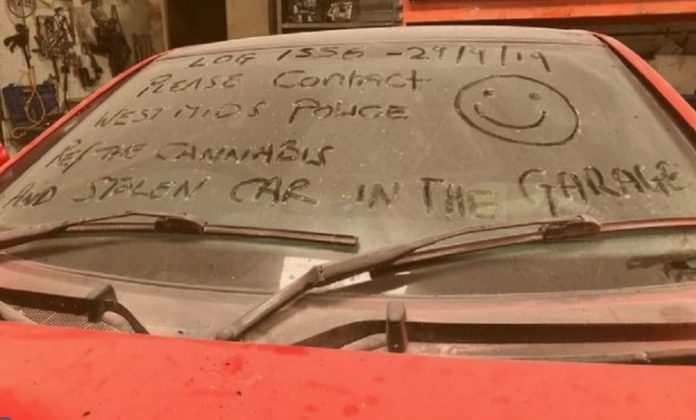 In the UK, officers investigating a robbery have penned a message on a car windscreen requesting that the hoodlums get in touch with the police.

That’s regarding the “stolen car and cannabis left behind” after a vehicle was driven into shutters and machetes were ‘waved around’.

According to Wales online, West Midlands Police claimed that machete-wielding burglars had rammed into an industrial unit in Tividale, Sandwell, West Midlands yesterday on Sunday afternoon.

Police who discovered a stolen vehicle wrote a message on the vehicle’s windscreen which read: “Please contact West Midlands Police, ref the cannabis and stolen car in the garage.”

“I want a word with you. Was it you who rammed into the shutters of a unit in Tividale this afternoon waving machetes around? You’ve left your stolen car and a load of cannabis behind.. Come and have a chat with me, I’ll be kind… honest.”