Home News McConkey: Antigen Tests Should Cost No More Than €1 Or €2 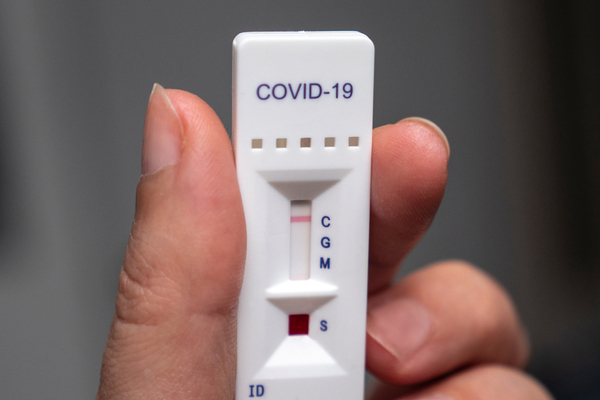 An infectious disease expert is calling for a drop in price of antigen tests in a bid to get people more acquainted with them. Speaking on Newstalk Breakfast, Professor Sam McConkey said the tests should be used thrice weekly to be affective and, should cost no more than €1 or €2.

The infectious disease expert feels that such testing could be required for six months to a year if the current situation of escalating cases continues, leaving the need for affordable testing. It has also been suggested that the country should defer the upcoming booster rollout until a new vaccine and new procedures are in place.

Professor McConkey would like to see a vaccine created which is specifically tailored for the Delta variant and could be administered nasally to provide immunity through the nose. The current vaccines are being administered through muscles which do not offer immunity for the nose, he said. It is felt that the current problem of escalating cases is unlikely to be solved by the booster campaign. People needed to stay out of congregated settings as, “That’s what’s needed.”

There has also been a call for people to continue working from home, wherever possible, as new technology enables this. Although it has been shown that working from home could be productive, McConkey is calling for new ideas for new businesses, new products, and new markets.

Professor McConkey’s comments follow those of chief executive Richard Guiney of the business group, Dublin Town. Guiney has called for a new strategy that consists of working, and living, with COVID-19 in the long term. Speaking on RTÉ Radio’s Morning Ireland, the chief executive said there needs to be an understanding of the dynamic of how all parts of the economy can work together.

Guiney believes people working at home, and the closure of retail and hospitality sectors, had a major impact on reducing the number of cases. The pandemic had shown the “symbiotic” relationship and reliance of the retail and hospitality sectors on office workers. Mr Guiney said there was a need to understand “how all these pieces fit together”, rather than a further lockdowns and restrictions.

The removal of office workers did not have a good impact on the economy, with footfall levels reaching 85%. However, Guiney feels that figure needed to reach the 90% range for the market to survive. He also urged that COVID certs, antigen test, and booster vaccines all needed to be considered.

No Decision Yet As Boy B’s Team Brings New Evidence To...