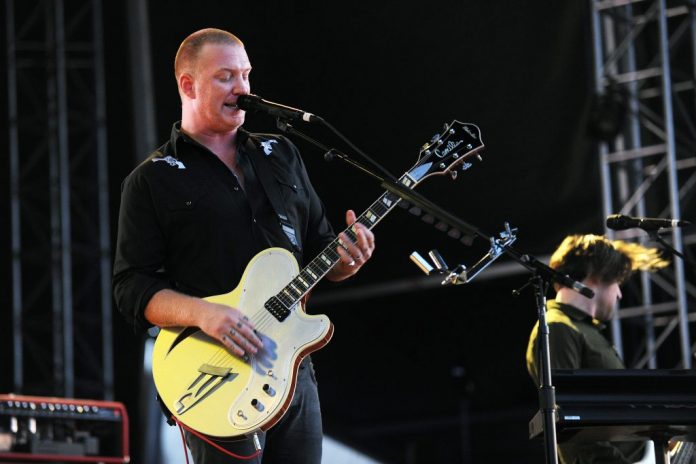 Queens of the Stone Age not only covered Elton John, they were also joined on stage by Mark Ronson…

Performing at The Forum in Inglewood, California, Ronson joined QOTSA during their encore rendition of ‘The Vampire of Time And Memory’, ‘Un-Reborn Again’ and Elton John’s ‘Goodbye Yellow Brick Road’. For the first time in 12 years, they also performed the ‘Lullabies To Paralyze’ favourite ‘Broken Box’.

Homme explained: ‘I’d met him a couple of late nights before that. Within an hour of working with him on this Lady Gaga stuff, the references – that glossary you use to talk about stuff and what was important to him, I realised there’s this grand overlap. Of interest and fascination and elation in making music.’

He went on to explain how Ronson’s massive hit ‘Uptown Funk’ influenced his interest in working with Ronson. ‘I think one of the reasons was to act like a talisman as a reminder of listening to ‘Uptown Funk’. It’s very tight and vacuous. It sounds fucking great.’

Queens of The Stone Age will play at London’s Finsbury Park this June on Saturday the 30th. They’ll be joined by Iggy Pop, Run The Jewels and The Hives.

The Full Setlist From The Inglewood Gig:

If I Had a Tail
Monsters in the Parasol
My God Is the Sun
Feet Don’t Fail Me
The Way You Used to Do
You Can’t Quit Me Baby
No One Knows
The Evil Has Landed
I Sat by the Ocean
Burn the Witch
Domesticated Animals
Make It Wit Chu
Smooth Sailing
I Appear Missing
Villains of Circumstance
Little Sister
Go With the Flow
Encore:
The Vampyre of Time and Memory (with Mark Ronson)
Broken Box (with Mark Ronson)
Goodbye Yellow Brick Road (Elton John cover with Mark Ronson)
Un-Reborn Again (with Mark Ronson)
A Song for the Dead 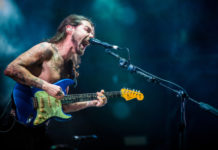 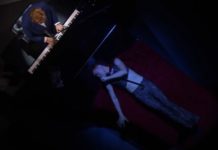 History Has Been Made With The 2021 Grammy Nominations