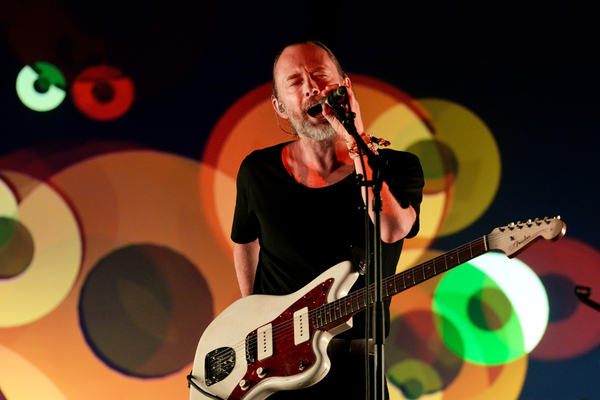 Radiohead and Stevie Nicks are among the artists set to take place in a massive social media rally in support of Ukraine.

Organised by Global Citizen, the Stand Up for Ukraine rally will be held on April 8th. The following day a pledging summit will be held by Canadian Prime Minister Justin Trudeau and European Commission President Ursula von Der Leyen.

Global Citizen hope the rally will encourage governments and institutions to get behind humanitarian efforts in Ukraine and other stricken areas. Funds raised will go to aiding those displaced by the ongoing Russian invasion of Ukraine, along with helping those affected in other conflict zones like Yemen, South Sudan, and Afghanistan.

The rally was organised following a call for support from Ukrainian president Volodymyr Zelensky.

“On April 8th, the biggest online event Social Media Rally will support people who were forced to flee Ukraine,” Zelensky said in a statement. “I’m inviting everybody: musicians, actors, athletes, businessmen, politicians, everybody. Everyone who wants to join this movement and Stand Up for Ukraine.”

“More than three million refugees have fled their homes, with millions more likely on their way,” said Global Citizen CEO Hugh Evans. “Global Citizen has a history of responding rapidly to humanitarian crises, and this is no different. We’re calling for an immediate end to this crisis, and the provision of immediate financing to support refugee relief efforts not just in Ukraine but around the world.”

“Millions of people are fleeing the bombs falling on Ukrainian cities,” Von der Leyen said. “The world must stand up for them. The European Union is catering for the needs of the millions of refugees it hosts. And we will further step up. But so much is needed – and the brave people of Ukraine deserve solidarity from citizens and states around the globe. Together, we can give them a safe home and bring some light in their lives at this dark hour.”

The United Nations estimates that as many as 12 million people currently require assistance in Ukraine. Almost four million people have fled the country since Russia invaded last month.