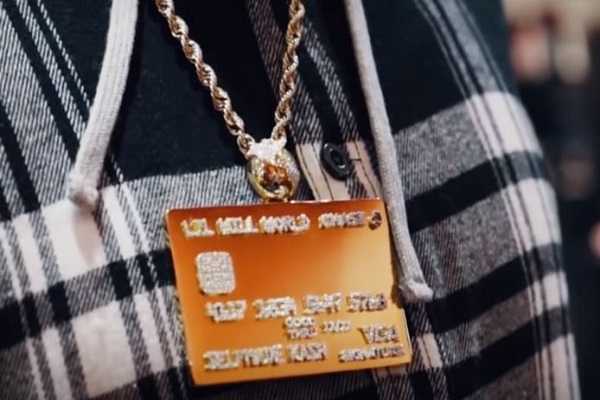 ‘Selfmade Kash’ is a rapper who takes pride in committing credit card fraud in his rap songs.

In an unfortunate turn of events for the prosperous rapper, Kash has been charged with credit card associated fraud.

The Detroit Times reports via the NME that Kash aka, Jonathan Woods (25), has been charged with wire fraud, possession of unauthorized access devices and aggravated identity theft.

It’s also reported that Kash is presently being detained in custody.

Selfmade Kash has tunes that are called, ‘In Swipe I Trust’ as well as the inconspicuous number, ‘Swipe God Freestyle’.

In the latter track, the rapper brags that he’s got “these swipes I made a killing / I made 10 ain’t have to split it.”

“Woods claimed to be sophisticated at credit card fraud when, in fact, he is not. Woods frequently posts pictures and videos on Twitter and Instagram containing large amounts of money, credit cards, and credit card skimmers to promote his proclivity for credit card fraud.”

Prosecutors also revealed that the alleged crime of fraud dates back to May 2017. It’s reported that followers of the rapper on social media would use the platforms to gain knowledge about how to carry out credit card crime.

The prosecutor explained that “Woods, in turn, sells information on how to commit identity theft and credit card fraud.” According to the NME, Selfmade Kash has been accused of receiving payment from a number of his 36,400 followers on Instagram.

Kash would teach his clients where to locate the best bank identification numbers via the dark web. If Selfmade Kash is convicted of his dodgy fraud school activities he could face 20 years behind bars.

According to the prosecutor, Kash’s nuggets of fraudulent wisdom were in fact “worthless and many of the BINs were nonexistent.”

Fall Out Boy Have Announced Tour Plans And New Music Too!