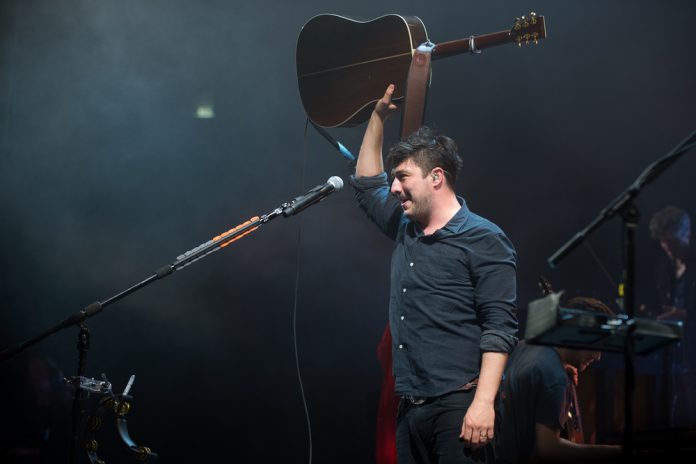 Folk giants, Mumford & Sons treated gig-goers to a rendition of Nine Inch Nails‘ emotional epic, ‘Hurt’, during their live show on Saturday night. Footage of the cover is streaming below.

Marcus Mumford and co are presently touring in support of their latest record ‘Delta‘. The show took place in Trent Reznor‘s home town of Cleveland on Saturday, March 9th at the Quicken Loans Arena.

In tribute, the band played a version of Nine Inch Nails’ 1995 classic, ‘Hurt’. The cover started as a soft touching ballad, before building to a climactic crescendo of piano chords to the delight of the rapturous crowd.

Trent Reznor’s dark and reflective song was covered by country legend Johnny Cash back in 2002. The song was lifted from ‘The Downward Spiral’ and the NME reports that the album celebrated it’s 25th anniversary last Friday, March 8th.