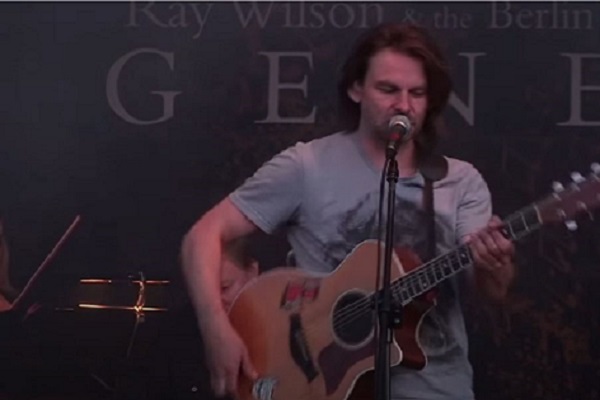 Ray Wilson has shed some light on his brief, whirlwind time as Genesis frontman.

Joining the band in 1996, it is fair to say that Wilson had big shoes to fill, replacing previous lead singer Phil Collins who left the band in March of that year.  The previous frontman, Peter Gabriel had departed Genesis in 1975.

Wilson appeared on the Genesis radar as a member of Scottish post-grunge Stiltskin.

Speaking about carrying the responsibilty of replacing two such iconic singers on his shoulders, Ray Wilson admitted that it did bring “double the pressure”.

“That really is something,” Wilson said.

Ray Wilson fronted the band for their album Calling All Stations, and their European Tour. However, the band dissolved not too long after that following a cancelled American Tour over financial concerns.

“would have been nice”

Ray Wilson spoke of his disappointment over how the band evaporated so quickly.

“‘It would have been nice to call me up and go, ‘Hey, Ray, how are you doing? We’ve decided not to carry on,'” he explained. “It would have taken five minutes. That was the only thing that kind of upset me a bit. It was just the way that Mike and [manager] Tony Smith dealt with it. I didn’t think that was very nice. But [keyboardist] Tony Banks was the opposite. He was a true gentleman”.

Despite the somewhat mixed reception that the album released received, Wilson also insisted that there were still “some really nice moments”.

However, he did concede that Calling All Stations sounded “a little bit too much like [bassist and guitarist Mike Rutherford’s other band] Mike and the Mechanics, and maybe thus too poppy.”

“I kind of feel like we were maybe in the middle of where we wanted to be and where we thought we should be”.

Genesis of course reunited for reunion tours in 2007 and 2021, but with Collins as frontman not Wilson.

Ray Wilson did admit that he would be keen to reunite on stage with touring guitarist Daryl Stuermer, former touring drummer Chester Drummer, and even the likes of Tony Banks, Mike Rutherford, and Steve Hackett.

“There’s no reason why not,” Wilson stated. “Certainly from my point of view, there’s not a problem. And as you say, Phil is now retired. He’s had a magnificent career. Nobody can argue with it. And there’s some great songs that he’s created, that the guys have created, that people like to listen to. If I’m singing the songs that are suited to my voice, like ‘Carpet Crawlers,’ I’m fine with that”.

Genesis played their final gig in London’s 02 earlier this year. More on this here.

The Classic Album at Midnight – Foo Fighters’ There Is Nothing...