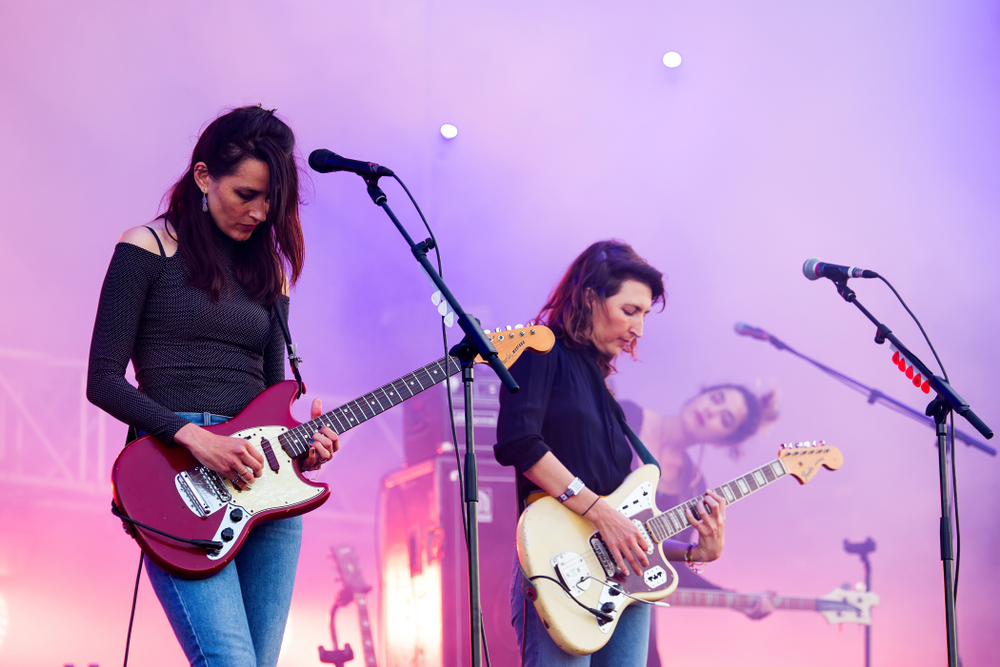 A new report has discovered that young women now make up half of the enthusiasts starting to learn how to play the guitar. The study was undertaken by the legendary guitar company Fender, who wanted to put a spotlight on the ongoing diversification of guitarists.

The iconic guitar makers found that females now make up 50% of the market for budding guitar players in both the US and UK. Fender CEO Andy Mooney talked about the changing landscape for guitar players,

“Today’s players have grown up in a different cultural context and popular music landscape, and rising artists like Mura Masa, Tash Sultana, Youngr, Daniel Caesar, Grimes and Ed Sheeran are changing the way guitar is being used. As a brand, we are committed to creating tools – both physical and digital – that this generation of creators needs for self-expression, now and in the future.”

In an interview with Rolling Stone, Mooney said the findings were happening on both sides of the Atlantic,

“The fact that 50 percent of new guitar buyers in the UK were women was a surprise to the UK team, but it’s identical to what’s happening in the US. There was also belief about what people referred to as the ‘Taylor Swift factor’ maybe making the 50 percent number short-term and aberrational. In fact, it’s not. Taylor has moved on, I think playing less guitar onstage than she has in the past. But young women are still driving 50 percent of new guitar sales.

It was also discovered that most of the guitar purchases by females were made online as they felt “intimated” in “bricks and mortar” guitar shop”. Speaking to Forbes back in March, Rooney said,

“We also found we needed to communicate more to the female audience in terms of the artists we connect with, in terms of using women in our imagery and thinking generally about the web.”

Female pop rockers, HAIM were winners at the NME Awards earlier this year. They addressed the crowd as they received the award for Best International Band. According to the NME, Este Haim gave her advice to female musicians,

“And also the fans, everyone here. And anyone that identifies as a girl. Whenever you walk into a guitar shop or a soundcheck or a recording studio, do not let anyone that’s there intimidate you, or make you feel like you don’t belong there, because you do belong there.”