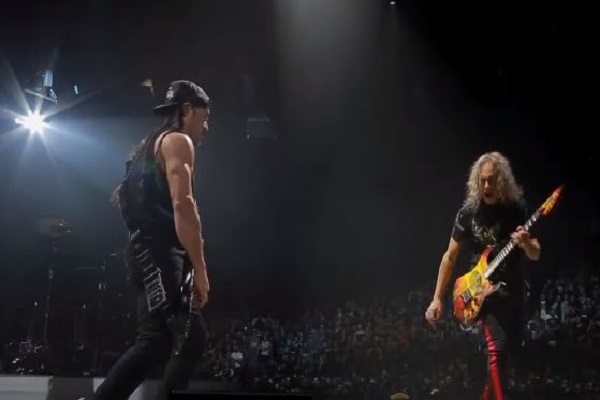 Metallica have shared a live version of Rush‘s ‘Tom Sawyer. That’s to pay tribute to the band’s drummer Neil Peart, who passed away earlier this week.

Peart died on Tuesday January 7th after enduring brain cancer for the past three years.

The metallers took to social media to share footage of them performing a cover of Rush’s 1981 song ‘Tom Sawyer’. The track is lifted from their ‘Moving Pictures’ record.

Meanwhile Lars Ulrich said in honour of Peart, “Thank you for what you did for drummers all over the world…”

Thank you Neil. Thank you for inspiring me and for all your help and advice along the way, especially in the early days when you took the time to talk to a young green Danish drummer about recording, gear and the possibilities that lay ahead… Thank you for what you did for drummers all over the world with your passion, your approach, your principles and your unwavering commitment to the instrument! Rest In Peace.