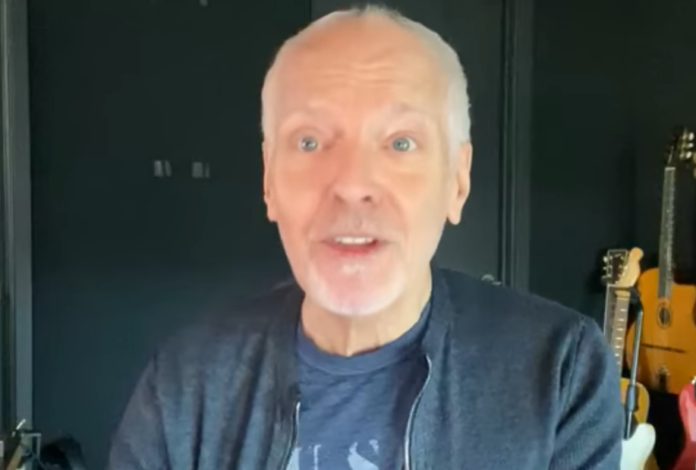 Peter Frampton who was part of the 70s band Humble Pie, will be talking live with fans this Thursday (Jan 28). The rocker will be dicussing his memoir “Do You Feel Like I Do?”.

Frampton posted on his Facebook account, “You’re invited! I’m going LIVE on my new talkshoplive channel next Thursday, January 28th, at 11am CT”.

He added, “If you want to RSVP for my live chat or buy a signed copy of my book, go to http://talkshop.live/streaming-content/4990″.

Peter Frampton’s memoir: “Do you feel like I do?”

Peter Frampton’s memoir Do you feel like I do? was released last October.

The book talks about Frampton’s long career in the music business from bursting onto the scene as a teenager in the UK, through to his time with the band, Humble Pie. It also covers his achievements of rock idol status with the album “Frampton Comes Alive”.

Peter also talks about his career highlights. According to him, these moments include, contributing to George Harrison’s 1970’s record All Things Must Pass, Who bassist John Entwhisle’s debut solo record in 1972, along with Harry Nilsson’s album Son of Schmilsson in the same year.

Frampton said, “It doesn’t get any better than that,”.

He added, “I can’t remember which ones, ’cause I was so excited. I’m sitting next to George and we’re jamming between takes. It was wonderful”.

Here’s Frampton singing the track “Do You Feel Like We Do” from 1975.

Frampton even worked with Bowie!

Frampton also mentioned the joy in having the opportunity to work with schoolmate David Bowie. The two worked together on Bowie’s 1987 Glass Spiders Tour.

This clip shows the two rehearsing together.

Here’s the live concert itself from 1987 for you to enjoy.