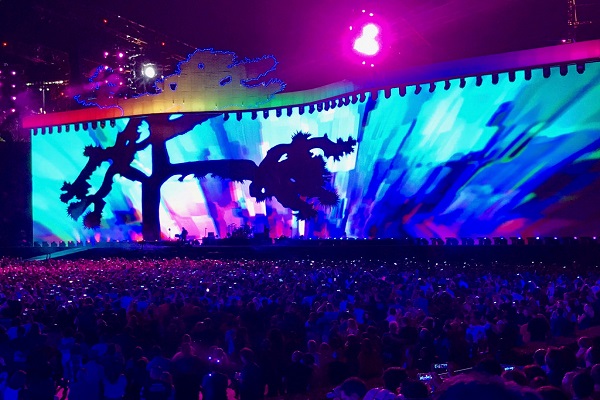 In a year that presented itself to be about as stable as a bag of horses, one thing remained the same – people went to a lot of concerts and not just any type of concert; they went to see rock’s biggest acts.

The industry publication Pollstar has released figures of the 20 highest grossing tours of last year and what the report reveals, is that no matter how well Pop or Rn’B performed in the charts, they didn’t put as many bums on seats last year as rock’s biggest acts did.

U2 easily outperformed the rest with a mouth watering €262.76M which they raked in for their hugely successful Joshua Tree Tour 2017. Bono and Co sold in excess of 2.7M tickets over their 50 show run.

The band’s tour proved too good for the close (ish) second of Axl Rose and the boys. Guns N’ Roses (with their somewhat reunited classic lineup) continued to prove a popular attraction at roughly 75 cities throughout 2017.

U2 and GNR weren’t the only rockers in the the Pollstar Top 10. Metallica scored high with their 49 show marathon, earning the metallers €127.01M and fifth place on the list.

Two spots behind them Paul McCartney stands not too shabby with a gross figure of €109.72M. His tour saw Macca perform over 36 shows as the Rolling Stones managed ninth with a €99.75M for just a 14-show stint in 2017.

The Boss missed the top 10 with his Broadway 60 show run but scored highest for ticket prices. In the opening week Springsteen earned €1.94M alone.