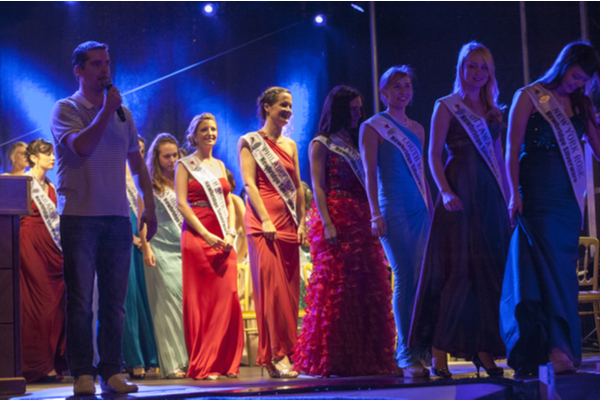 The Rose of Tralee has had a new shake-up which will see married and transgender women welcomed to enter. Anthony O’Gara confirmed the new changes on Wednesday morning which will enable the new cohorts to compete at next year’s competition. The Chief executive has said the event would “welcome” anyone who identifies as a woman for the 2022 edition.

Speaking on RTÉ’s Morning Ireland, Mr O’Gara said transgender women have never been explicitly ruled out from entering the festival. However, “a clear policy stating that trans women are welcome as opposed to just presuming that they feel welcome” was needed. “It’s important to be proactive in that area and make sure that we reach out to people and make sure that they’re comfortable.”

Further rule changes have seen the maximum age limit increased for next year’s competition – up one year from 28 to 29. This slight increase will give entrants extra time to compete for the coveted Rose of Tralee crown. Mr O’Gara has welcomed the new rules, adding that the change was a “natural progression” for the 62-year-old tradition.

“The lifestyle of people is changing, so women are getting married later and having families later … it’s just trying to track what’s happening in society really.”

The €300 sponsorship fee required for entrants based in Ireland has also been reduced to €200 for 2022. Mr O’Gara said the addition of married and trans women in 2022 will be a “welcome change” for the competition.

As with the Dublin New Year’s Festival, the Rose of Tralee has been cancelled for the previous two years due to the reimplemented COVID-19 restrictions. However, Mr O’Gara has said he is keeping his “fingers crossed” for next year’s festival in 2022.

Scheduled to take place from August 19th to the 23rd, the festival will be held at 10 local level events, leading to a county final. Rose chief O’Gara has also hinted that next year’s final will likely be held in Munster Technological University (MTU), instead of the Dome marquee.