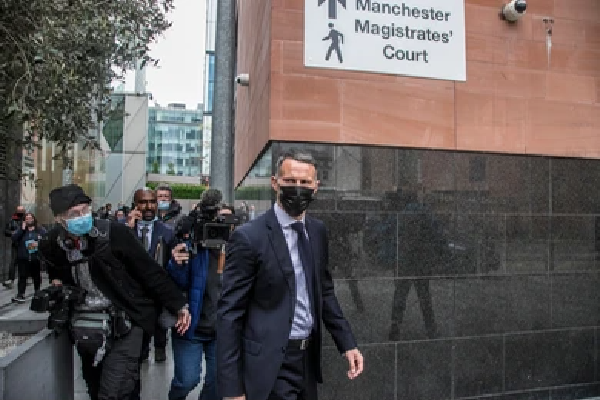 Ryan Giggs will have to wait until next Tuesday to discover his fate as the jury were sent home for a long weekend.

The former Man United star will be forced to play the waiting game, as he has been accused of attacking his ex girlfriend Kate Greville. He is also facing charges for coercively abusing her over a three year period.

Giggs was also in the dock for attacking Ms Greville’s sister. He was arrested in November 2020 at his Greater Manchester Mansion, worth £1.7 million.

Ryan Giggs has vehemently denied these accusations, after pleading not guilty to causing Kate actual bodily harm, and coercively abusing her. He also denied assaulting her sister on the same night.

This comes after the trial was delayed, after a juror phoned in sick. The eleven remaining members continue deliberations.

The trial had been previously delayed from last January, due to a long Covid backlog.

Giving her evidence in court, Kate Greville had previously claimed that she felt “violated” by her ex partner Ryan Giggs, telling the jury that she “had to pander to all his needs because if I didn’t he’d threaten me with things, my job, and it was going to cause an issue with my job and career”.

Ms Greville also claimed that Giggs referred to her in several abusive messages as “an evil, horrible c***”.

He also allegedly added that “you don’t deserve to be a parent”.

“I really wanted to have children, I was desperate to be a mum. He knew how to hurt me” she added.

Ms Greville also claimed that the “ultimate insult”, was when Ryan Giggs referred to him as “Stacey”, his ex wife.

“He knew that would really upset me. He would say it quite a lot”, she said. “He would say she used to make his life hell and I was just like her”.

Ryan Giggs pleaded not guilty to assaulting both his ex girlfriend Ms Greville and her sister Emma. He has also denied coercively controlling Kate Greville between 2017 and 2020.

The verdict will be delayed until next Tuesday (30 August).