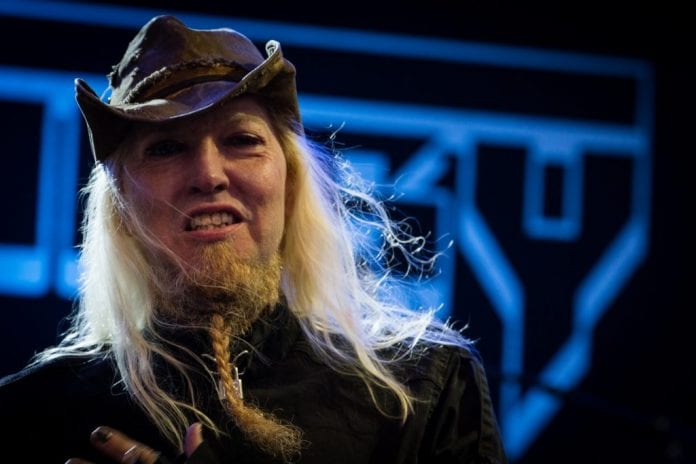 Sanctuary and Nevermore metal singer Warrel Dane has passed away last night in Sao Paulo, Brazil of a heart attack. He was just 56 years old.

He was in the apartment which he uses to record music in when the heart attack struck. He was with guitarist Johnny Moraes when the attack occurred. The pair were working on Dane’s second solo album. Dane was lead singer of metal band ‘Sanctuary’ from 1985 to 1992 and from their 2010 reunion to present.

‘He died tonight – he had a heart attack. It was in the flat where he was staying while recording the album. ‘When it happened, I administered cardiac massage. We called the emergency services who arrived very fast, but when they arrived, he had already died.’

Dane had previously spoken about living with type 2 diabetes and Moraes claims that Dane started feeling unwell at around midnight.

Today I say goodbye to one of the all time great Metal singers and a personal influence of mine. Thank you Warrel Dane for all the great music. You will be missed. #warreldane #nevermore #metal pic.twitter.com/u9keGYR1K2