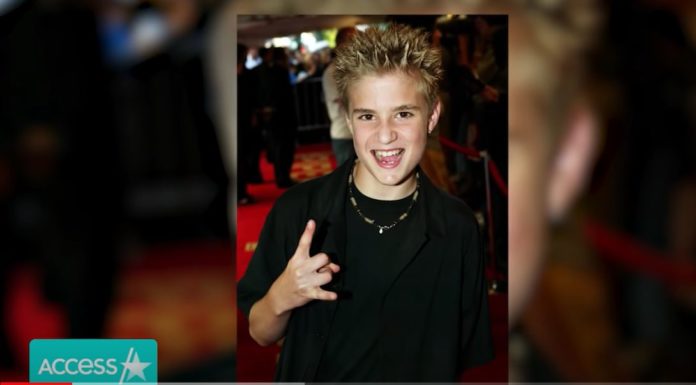 School of Rock actor Kevin Clark has died after being struck by a car whilst cycling. He was 32 years old.

Clark who played Freddy “Spazzy” McGee in the 2003 film, was said to have been struck by a car in Chicago yesterday morning.

It was also reported that the car , a Hyundai Sonata was driven by a 20 year old woman that hit Clark. Police said that the driver was not arrested, but had been issued with citations.

Clark was taken to Illanois Medical Center, where he was pronounced dead at 2-04 am. This was confirmed by Cook County’s Medical examiner and the Chicago Fire Department.

Born in Highland Park, Illinois, Clark was 12 years old when he landed the role of Freddy in School of Rock. He did not feature in any other films.

The film was directed by Richard Linklater and went on to become a huge success. It grossed $131million globally. It was the most successful music themed comedy ever, until it was overtaken by Pitch Perfect 2 in 2015.

Alongside a photo of him and Clark on School of Rock as well as a more recent image of the pair, Black paid tribute to Clark on Instagram.

“Devastating news. Kevin is gone. Way too soon”, he wrote.

He also wrote, “Beautiful soul. So many great memories. Heartbroken. Sending love to his family and the whole School of Rock community”.

The pair had reunited in 2018, for a Tenacious D show in Chicago. Kevin Clark played drums for the band Dreadwolf.

“Kinda a must here, but it’s not every day you get to see Jack Black wearing your (band’s) t shirt,”, Clarke wrote at the time.

Two years ago, the cast from the film also reunited after 15 years. More on that here.

Clark also played drums for other local bands like Funk It Let’s Jam and the Robbie Gold band. His most recent band were Jess Bess and the Intentions. They played their first show at the weekend.

Speaking to the Chicago Times, Clark’s mother Allison said, “He told his bandmates just yesterday: You know, this is finally the life I want to live. And we’re going to make it. You’re my musical family – my family – and we’re all going to make it”.

“He was just a 32-year-old kid. It doesn’t make sense. A lot of our jammer friends – mostly 65-plus – have lost their lives recently. So hopefully he’s up there jamming in the sky with them”, she also added.