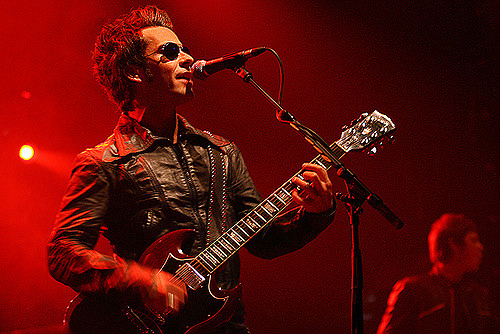 ‘Scream Above The Sounds’ is the 10th studio album from Welsh band, StereoPhonics and follows their 2015 album, ‘Keep The Village Alive’. The new record will be released on 3rd November. The band have also released the single, ‘All In One Night’ to give you a taste of what’s to come.

“It’s got a lot of different sounds, it’s a very contemporary-sounding record. It sounds like us doing whatever it is we do in our 20th year,” he added. “I dunno, there are ten songs on the album and they all sound different from each other, it’s just exciting to bring out some new music and play some new music.”

Jones also spoke about the album’s lyrics, saying: “The climate of the world is very upside down right now, it’s all a bit bonkers, [so] I try to write through my own experiences of it. I’m a very observational kind of writer. I write from the people’s point of view: the working classes.”

He continued: “If it’s politics involved in my songs, then it’s usually written through the perspective of a person, often myself, as opposed to literally talking about the powers that be. I’ve got the ‘people on the street view’ on things which is how I live my life really.”

The album is available to Pre-order now from http://stereophonics.com

Brian May on new Freddie movie and planning to perform live...