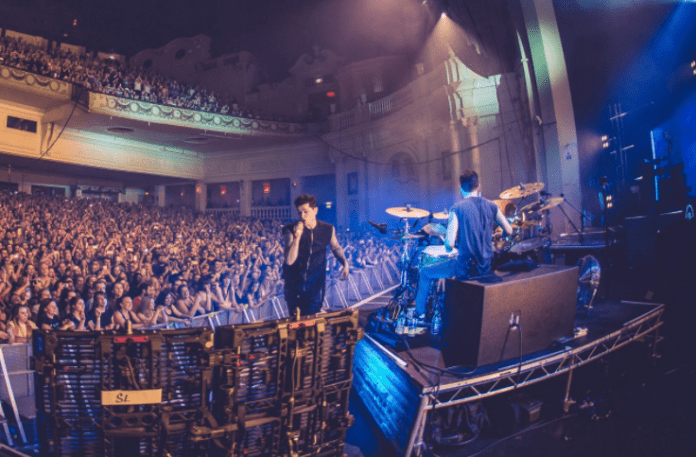 After the announcement of their two 3arena gigs, which are due to take place at the start of February, The Script will play to The Marquee in Cork for the first time ever in 2018.

Following the release of their fourth number one album, ‘Freedom Child‘, the band will take to The Marquee on June 25th 2018.

The three-piece Irish band, led by Danny O’Donoghue, had an amazing response from the public when they released their latest album, which was available to the public from September 1st.

‘Freedom Child‘ includes the bands latest hit single ‘Rain’, as the singers begin to kick off their 2018 tour in February, they have revealed the First Direct Arena in Leeds will be the first stop.

The Script formed in 2001, the three – Danny O’Donoghue, lead vocalist and keyboardist, Mark Sheehan, lead guitarist and Glen Power, drummer, are still carrying their massive fan base from all over the world.

Ireland! Excited to announce that we’ll be playing both Belsonic in Belfast and Cork, Live at the Marquee next year! Tickets go on sale, Friday at 9am! Links below.

Their first album, which was self-titled, was released in 2008 and after the success of their single ‘The Man Who Can’t Be Moved‘, the band entered the UK album charts for the first time reaching the number one spot.

The album stayed in the top 10 for eight weeks, while it remained number one on the Irish Album Charts for five weeks.

In 2010, a second album ‘Science and Faith‘ was released which included hits ‘For The First Time‘, ‘Nothing‘ and ‘If You Ever Come Back’ while 3, their 2012 album, features ‘Six Degrees Of Separation‘, ‘Millionaires‘ and ‘Hall Of Fame‘.

Danny, who is 38-years-old, received throat surgery earlier this year and he explained how ’emotional’ it was to be able to speak again after being forced to stay silent for two months.

The Marquee, with a capacity of just 4000, is due to sell out, so you better be quick!

This Sunday On Sessions From Oblivion