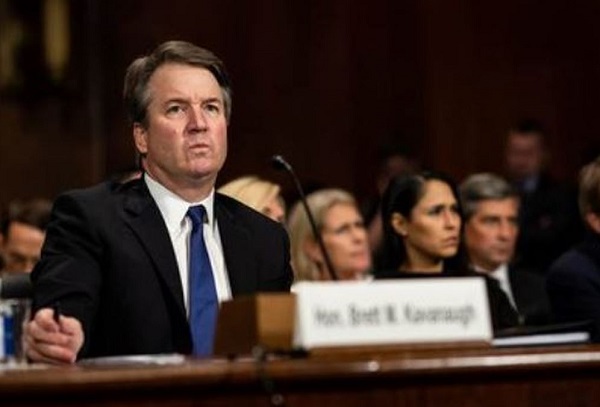 The US Judiciary Committee has given the go-ahead for the nomination of Judge Brett Kavanaugh to the US Supreme Court after a potential one-week delay to the next stage in the proceedings.

Normally, the committee’s approval would see Judge Kavanaugh facing a full vote in the US Senate early next week.

However, before voting to him in, Senator Jeff Flake asked for this to be delayed to permit an FBI investigation into the allegations of sexual misconduct against Judge Kavanaugh.

“I think it would be proper to delay the floor vote for up to but not more than one week, in order to let the FBI do an investigation – limited in time and scope – to the current allegations that are there,” said Senator Flake.

The ultimate decision lies with Senate majority leader Mitch McConnell who does not sit on the judiciary committee.

Senator McConnell will receive pressure to agree – as Senator Flake indicated that without the delay, he would reject Judge Kavanaugh in the final Senate vote. Senior Senate Republicans are meeting to consider how to respond this evening.

US President Donald Trump said he would leave it to the Senate to determine when the vote should be held.

Concluding that senators have to do “what they think is right” and “be comfortable with themselves” when it comes to Judge Kavanaugh’s nomination.

He remained optimistic on his choice insisting he hasn’t thought about a replacement nomination “even a little bit.”

Three women accused Judge Kavanaugh of sexual misconduct or assault in the weeks since he was nominated by the US President.He has strongly denied all the allegations.

Woman With Terminal Cancer To Receive €2.5 Million In Settlement

Grenade Thrown At A Police Car In West Belfast