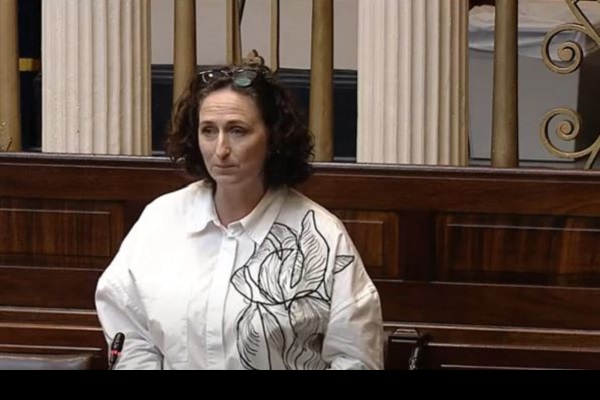 A “complete lack of enforcement” in animal welfare law has seen Ireland become a target for smuggling puppies into Britain, according to Seanad Éireann. Sinn Féin Senator, Lynn Boylan also claims that the lack of enforcing the law is permitting criminal gangs to make millions of euros.

According to the Senator, puppies have been moving across the Border into Northern Ireland, before being transported to Britain by criminal gangs. Boylan also claims this criminal activity is depriving the Revenue Commissioners of millions of euros in tax.

Ms Boylan feels there is a need for better co-operation between the authorities in Northern Ireland and The Republic of Ireland. She said there is “a raft of animal welfare laws in this country, and they are just not being enforced. That’s not good enough.”

The ongoing issue of puppy trafficking has been recently exposed in a BBC Northern Ireland Spotlight investigative report broadcast on Tuesday. Ms Boylan claims people can obtain “fake microchip numbers, fake dog-breeding licence numbers and fake seller numbers” from websites. According to the Sinn Féin Senator, illegal advertisements are being reported to animal welfare organisations on a daily basis. However, no enforcement cases have been taken against illegal online advertising since regulations came into effect, last year.

Boylan reveals that Ireland’s largest dog welfare charity, Dogs Trust appeared before the Oireachtas agriculture committee in June, when representatives outlined “how simple it would be to fix this”. Calls for a national database to be created are being made as it would include the microchip, dog-breeding licence number and online sales licence number. This would mean that any advertisement selling a dog will need to be pre-verified before it could be posted online.

Senator Boylan added that a microchip system could be put in place “just like the system for cars. After a number is entered, the system would identify the breed and age of the dog and the name of the person it is registered. This is not rocket science.”

Ms Boylan added that puppies seized at Irish ports cannot be rehomed within five days because of an anomaly in the Animal Health and Welfare Act – unlike when seized under the Control of Dogs Act.

One authority involved in the checks, Dublin Society for the Prevention of Cruelty to Animals, must hold onto dogs for up to 18 months, while legal proceedings take place.

“That is bad for both the dog and the animal welfare organisation,” said Ms Boylan, as she calls for the Minister for Agriculture to be asked to attend the Seanad for a debate “on animal welfare and lack of enforcement”.