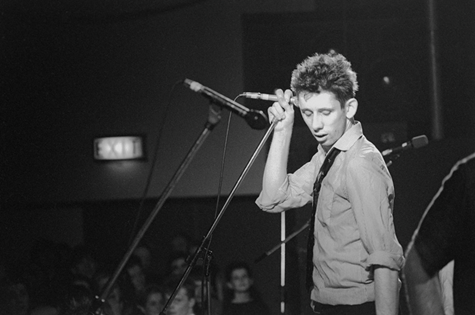 Following the world premiere of the film at the San Sebastián International Film Festival last week, the Shane McGowan documentary CROCK OF GOLD: A FEW ROUNDS WITH SHANE MACGOWAN has picked up the Special Jury Prize at the prestigious A-list festival in Spain.

Helmed by the multi-award-winning and critically acclaimed film, documentary and music video director Julien Temple (Glastonbury, The Filth and the Fury, London: The Modern Babylon) and produced by Johnny Depp the film is a cinematic exploration of the legendary poet, punk and Pogue Shane MacGowan.

Stephen Deuters (@sunstroke_house) and Julien Temple accepting Special Jury Award for the documentary "Crock Of Gold" (prod. by Johnny Depp) at the Closing Gala of San Sebastián Film Fest. Round of applauses for these legends! @Victoriamary 👏🏻 pic.twitter.com/exRW0o0K7l

Depp was in attendance, along with Director Julien Temple, at the film’s premiere during the week however due to Covid restrictions the Pogues frontman was unable to attend.

Speaking at a press conference to promote the film, Depp said: “I’ve been very, very lucky to have a long, long history with Shane MacGowan. About 35 years ago when I first met Shane, he was exactly who he has always been and will always be.”

Combining interviews, previously unseen archive footage and specially commissioned animations with an impressive soundtrack, the documentary details Shane’s explosive existence from his early days growing up in Ireland, to time spent on the mean streets of London and embracing the punk scene, to forming The Pogues.  We discover MacGowan’s passions, humour, and deep knowledge of music, history, spirituality, and popular culture.

“Crock of Gold is a riotous piece of storytelling, mapping the picaresque path of singer-songwriter Shane MacGowan”, says Screen Daily

Wildcard Distribution will be bringing the film to Irish cinemas later this year.