Sharon Osbourne has blasted tabloid reports that her husband Ozzy Osbourne is near death.

According to Antimuic, rumours were spread after a series of health issues that have kept the Lord of Darkness off the road. 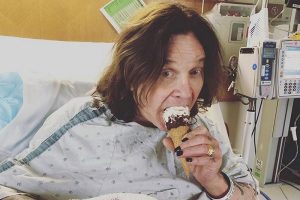 Some of the reports stated Ozzy “will be dead by Christmas,” and that he was “on a crazy train to death.”

Sharon addressed those claims on her television show The Talks, saying they had no weight and assured fans that “Ozzy ain’t going nowhere.” She added:

“I’m not lost for words a lot, as you all know. But why do people just say this was true? How cold and callous are those headlines? Where’s people’s empathy?”

Ozzy has had a very bad spell his health that began with pneumonia and had an injury that dislodged some metal rods that were placed after an accident.

However, he has gone on record lately saying that he is doing better and even laid down nine songs with Post Malone’s producer, Andrew Watt, in just in four weeks. 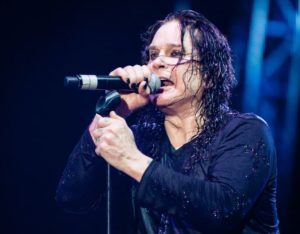 Sharon said on the TV show about the troubling headlines, “It’s not true, by any stretch of the imagination. I’ve been open with everyone and so has Ozzy…

“He had a terrible, terrible bout of bad luck with his health, one thing after another. And then after his fall that he had, it’s been awful for him. But he’s getting better. He’s recuperating. Why be so like, ‘He’s on a crazy train.’ How disrespectful to anyone. … Ozzy ain’t going nowhere.”

U2 Replies To The Tax-Dodging Accusations