Home Sport Ireland Get Ready For 6 Nations Clash With Italy 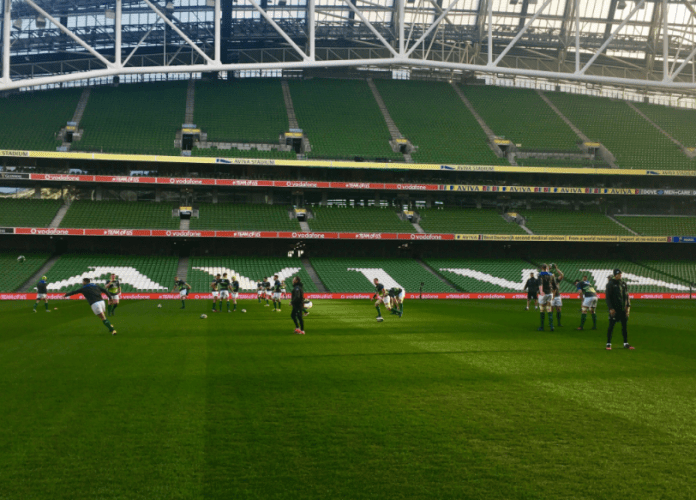 Ireland look to keep their Grand Slam hopes alive this afternoon when they host Italy at the Aviva Stadium in the Six Nations.

Dan Leavy makes his first international start coming in for the injured Josh van der Flier, Jack Conan makes his Six Nations debut at number 8, while there are also starts for Devon Toner and Jack McGrath.

Schmidt’s hit back at claims that his side lack attacking flair and says they’re determined to prove that wrong this afternoon. Ireland were the only team in the tournament that failed to score a try last weekend, and needed a long-distance drop-goal from Johnny Sexton to snatch victory.

Italy boss Conor O’Shea says he’s incredibly excited to take his players to Dublin for the first time this afternoon.

The former Ireland international’s side are looking to bounce back from defeat by England in their opening Six Nations match.

The other game of the day pits defending champions England against Wales.

Noel McNamara’s charges ran in 6 tries in a 38-34 bonus point victory over Italy.

Ireland v Scotland… Why Is There So Much Bromance?