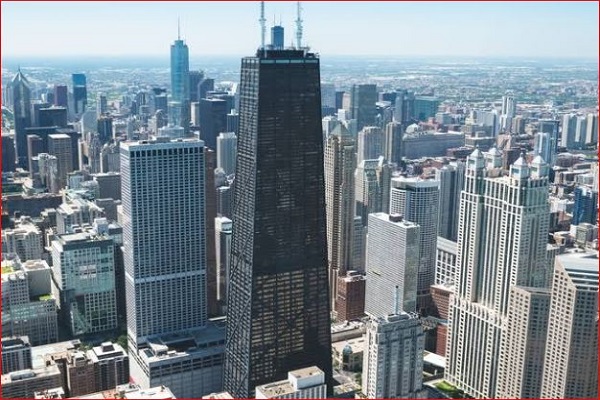 Six people have survived after the lift they were in fell 84 floors in Chicago. They plummeted from the 95th to the 11th floor at a skyscraper in the US city on Friday after one of the cables controlling the lift broke.

Some of those in the lift, one of which a pregnant woman, were sure they were going to die. The group was freed after being trapped for 3 hours. The BBC reports that it’s believed at least one cable holding the cabin snapped.

The entourage was at a bar on the 95th floor of the building and went to take the elevator down to the lobby. Jaime Montemayor, 50 years of age, was with his wife in the elevator and said that he first felt it descending normally and then suddenly falling. Mr Montemayor who was visiting Chicago from Mexico spoke to reporters.

“There was a sudden clack clack clack sound and dust began entering into the cabin.Those aboard screamed, prayed and were crying. I believed we were going to die.”

“We couldn’t do an elevator-to-elevator rescue. We had to breach a wall on the 11th floor of the parking garage in order to open up the elevator doors.”

A City Buildings Department official told the Chicago Tribune newspaper that a failed “hoist rope” was reported to be the cause of the fall and the accident remains under investigation. It remains unknown just exactly how the lift came to a halt without hitting the ground.