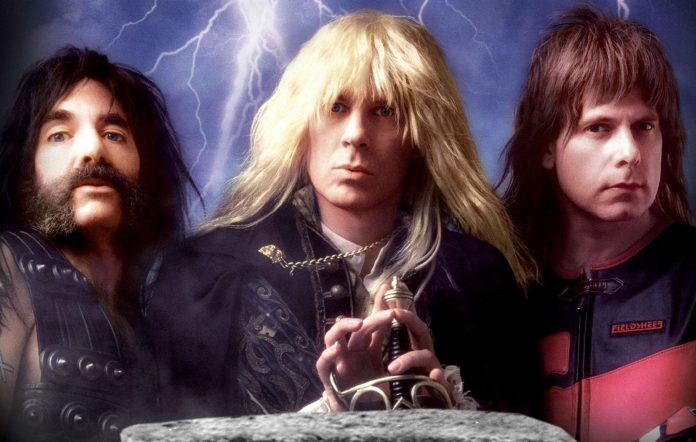 The creators of the 1984 legendary mockumentary ‘This is Spinal Tap’ are to reunite as Rob Reiner, Harry Shearer, Michael McKean, and Christopher Guest are all set to reprise their roles on October 14th.

The event will be virtual and is a fundraiser for the Pennsylvania Democrats ahead of the US election on November 3rd. Hosting the event is actor and comedian Patton Oswalt and the band will be hoping to take it to eleven in order to raise funds for the Democratic party.

The event is being organised by the same team who produced The Princess Bride reunion last month for the Wisconsin Democrats. That event also had Reiner and Oswalt  and included stars such as Cary Elwes, Robin Wright, Wallace Shawn, Carol Kane, Chris Sarandon, and Mandy Patinkin. That reunion raised 4.2 Million dollars.

The Princess Bride reunion had the cast perform a script read of the film and was followed by a Q and A session hosted by Oswalt. While the exact details about Spinal Tap’s reunion have yet to be released, it is expected to feature a similar format to the Princes Bride event.

Due to the nature of Spinal Tap, a musical performance would not be surprising. While the event promises to be entertaining, it is being organised for a serious cause.

Speaking to the Hollywood Reporter, the Democratic Party’s Jason Henry said “Democratic enthusiasm in Pennsylvania is already turned up to eleven — we’re the Keystone State and the key to winning this election. We’re excited to partner with the Spinal Tap team to bring even more energy to power Democratic wins from the State House to the White House.”

‘This is Spinal Tap’ is iconic and well regarded by fans and musicians. The Police frontman Sting is a huge fan of it. While attending the 35th anniversary showing of ‘This is Spinal Tap’ at the Tribeca Film Festival, Sting says “it’s a lovely film. There’s so many truths in it. It’s profound truths about all bands. We all recognize ourselves in the parody. It’s good for us!”

This fundraiser is not the first reunion for the fictitious English heavy metal band. In 2007, they played the benefit concert Live Earth at Wembley Stadium. While performing, members from Metallica, Foo Fighters and the Beastie Boys all joined Spinal Tap on stage for the song ‘Big Bottom’.

In 2018, Harry Shearer returned to his role as Derek Smalls to record and release a new album. The recording featured Foo Fighter’s Taylor Hawkins and the Red Hot Chili Peppers’ Chad Smith. Also featuring on the record was Steve Vai, David Crosby, Peter Frampton and many more.

‘This is Spinal Tap’ details the highs and lows that bands face throughout their career. It is a must watch for any music fan. The film was deemed “culturally, historically, or aesthetically significant” by the Library of Congress in 2002. This meant that it was selected for preservation by the National Film Registry in America.

Ireland’s Got Talent Goes Live This Saturday And Sunday