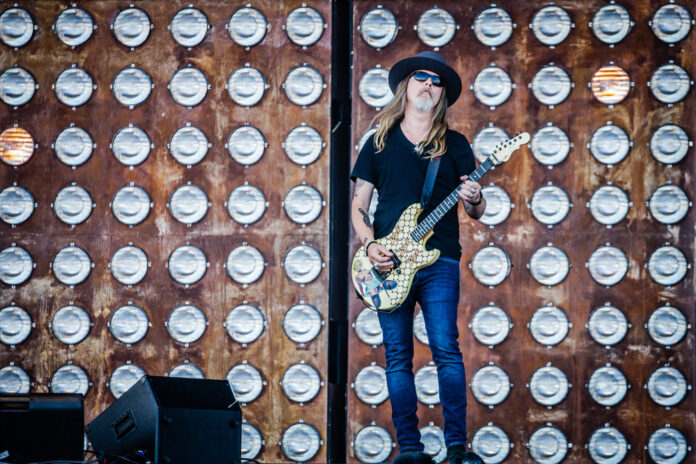 Alice in Chains are set to receive the Founders award from Seattle’s Museum of Pop Culture (MoPOP) on December 1. To celebrate the award, a star studded line up has been announced to honour the band.

Singer and guitarist for Alice in Chains, Jerry Cantrell said in a statement “It feels truly special to receive the MoPOP Founders Award in our hometown of Seattle. It’s also humbling to be joined by so many of our friends, peers, and heroes to rock some AIC tunes. I hope people watching enjoy the show as much as we did putting it together. A big hearty thanks to everyone who participated in making this virtual thing happen during these strange times. Music has the power to unite, heal, and inspire. It is all of ours. Let’s continue to create and celebrate that which feeds the soul. Rawk on!”

Drummer Sean Kinney said “When we got to make our first record, I thought, ‘Great, we will be able to make one record, do our thing and hope for the best. Now, 30 years later, to get this award and still be touring and making music is the most amazing feeling. We are brothers with all of the craziness that goes with it. This is for Layne, Mike, and for all of us now. We can’t wait to get back out on the road once this hellish pandemic is behind us.”

Performances from Metallica, Korn, Mastodon, Billy Corgan, Taylor Hawkins, Corey Taylor and many more have been announced. Lily Cornell, the daughter of the late Chris Cornell will also be making her musical debut.

The event will be broadcast live on Amazon’s Twitch Channel and visit here for all the information on how to view the event.

Alice in Chains were formed in 1987 and along with Nirvana, Soundgarden and Pearl Jam, they went on to form the big 4 of grunge music. Layne Staley, their iconic lead singer passed away in 2002. Since 2005, William DuVall has been the frontman of the band.

In 1996, the band ended their two and a half year hiatus with a legendary performance for MTV Unplugged. You can check out their iconic song and performance of Would from the concert below.

The last album the band released was in 2018 and was called ‘Rainier Fog’.

Villagers and Cathy Davey Among A Host Of Irish Musicians For...