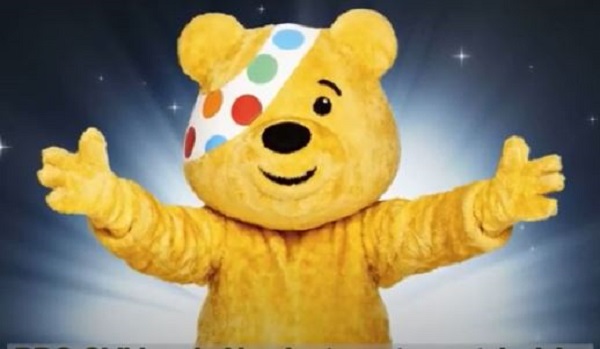 A star-studded line-up will sing a new Oasis cover and is set to feature on tonight’s edition of Children In Need. The version was first broadcast on this morning’s Zoe Ball breakfast show on BBC Radio 2. Kylie Minogue takes on the Gallagher brothers’ 2006 hit ‘Stop Crying Your Heart Out, with help from some famous friends.

Tonight, is the 40th anniversary of the BBC’s fundraiser Children in Need. Great British Bake Off host Mel Giedroyc will host the episode alongside ex-footballer Alex Scott and comedians Chris Ramsey and Stephen Mangan.

Due to the current pandemic, this year’s show will be shorter and will have no audience attending. Although, plenty of treats are still in store. Peter Crouch and Andy Murray will duke it out in a game of Paddle Tennis, while EastEnders and Strictly have both filmed special clips.

“Children in Need is such a special charity and so loved by everyone, including me,” Kylie said of the new cover. “It was a privilege to take part in this recording with so many amazing artists.”

Kylie thinks that this year feels even more poignant than ever. She hopes they can all come together “to raise as much as possible.”

Kylie released her new album ‘Disco’ last week and received rave reviews. NME called it “her most consistent and enjoyable album in a decade. This album succeeds because it feels like Kylie doing disco in her own cute way: measured, affectionate and sincere, not an exercise in tongue-in-cheek pastiche.”

The Stop Crying Your Heart Out cover was broadcast on tonight’s show, which aired from 7pm GMT on BBC One.

Joe Wicks raises more than £1m for Children In Need

Louis Theroux, Melanie C, Sam Smith and Dame Kelly Holmes joined him as he completed a range of activities. From cycling to yoga, boxing to rowing and his signature high intensity workouts, Joe put everyone through a tough workout.