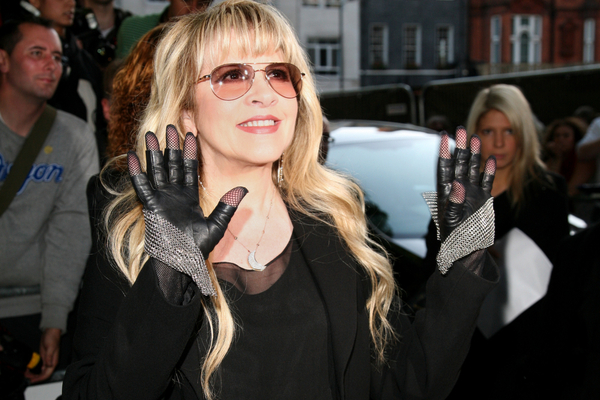 Stevie Nicks returned to the live stage, performing at the New Orleans Jazz & Heritage Festival over the weekend.

This performance ends a two year hiatus for the former Fleetwood Mac singer, who last took to the stage in La Quinta, California on 17 January 2020, just before the pandemic.

Nicks had also cancelled a number of 2021 dates due to the ongoing pandemic. She stated that “While I’m vaccinated, at my age I am still being extremely cautious”.

Making her return, Stevie Nicks joked that she was unable to perform because she was too busy “watching mini-series and wearing comfy pants and teaching my dog to shake hands”.

Nicks kicked off this set by performing tracks such as Outside The Rain which of course featured on her 1981 album Bella Donna.

She then began to delve into the Fleetwood Mac classic album Rumours. This included Rhiannon, Landslide and Gold Dust Woman.

“Thank goodness for the photo booth in the Foo Fighters studio. Because of these pictures my friendship with Taylor will always be at my fingertips”, Nicks wrote.

Check out the tracklist from Nick’s live set below.

Speaking of Bella Donna, last year marked 40 years since that album came out. Stevie Nicks also paid tribute to the role that Tom Petty had in the making of both the album and the launching of her solo career.