Advertisement
Home Music Teaser: Foals Could Be About To Announce Some New Music! 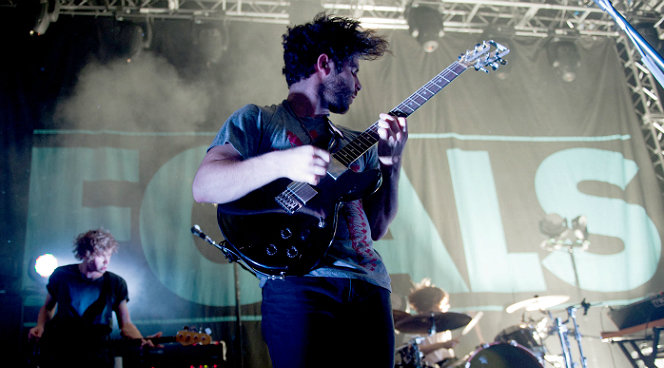 It’s been a while since we’ve heard anything from the Oxford quartet. Now in some obscure social media posts there could be new music in the pipeline from the band.

Foals frontman Yannis Philippakis may be up to something as he teased studio shots that suggest there could be  new music from the band. His Instagram stories show Philippakis at work in the studio. The short clip also features synth bleeps and bloops while someone chats away in the background.

Considering the speak-no-evil monkey emoji to the clip, it appears that Philippakis is alluding  to something clandestine. There’s screenshots of the clip below and you can check out Philippakis’ Instagram here.

The band announced they were back in the studio towards the end of 2017, with Philippakis confirming they had begun writing new tunes in October. Speaking to the NME about the new album, Philippakis said, ‘We’re in the marinating stage of thinking about getting onto the next record. We have a couple of bits written but it’s in the very early stages. We’re in the conception stage, we’re not pregnant yet, we’re just trying to have the kid.’