Home News 18 Year Old Who Believed He Built Up An Immunity Dies After... 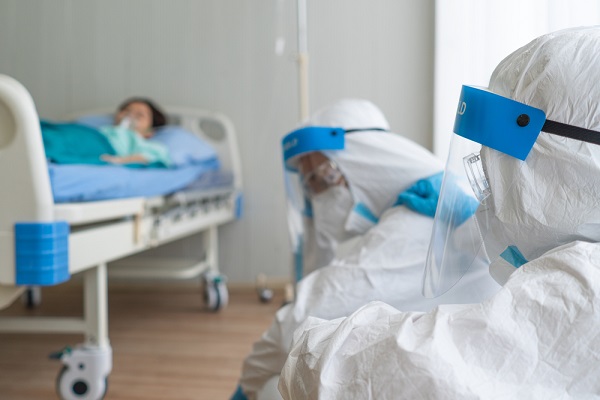 A teen died from contracting the coronavirus for a second time. Wilber Portillo, 18, from Denver, Colorado, died from COVID-19 on November 19th, after he thought he had developed immunity.

According to reports, the teen from Denver had quarantined for a month after testing positive for the virus in the first week of October.

The teen, a graduate of CEC Early College that launched an online sporting goods retailer called My Journey My Success, first contracted the virus months into the pandemic after a business trip to LA, his uncle Oscar Castillo told reporters.

Wilber thought he had developed immunity after he recovered but, fell ill again within the second week of November. Two months after recovering and testing negative, the teen attended a party and became feverish again.

Andrea Ferrel, the teen’s girlfriend, told reporters that he was “just getting better”. According to Ferrel, Wilber had “about a week of COVID-free” before becoming ill once more. Ferrel said her boyfriend saw a doctor who told him he had a “really strong infection in his lungs,” and that he should take Tylenol. This was to be “the last I heard from him”, Ferrel said, “He just went to sleep.” During the doctor’s visit, the teen took another COVID test.

According to his uncle, two days after the teen died, his results came back positive for the virus. “It’s a little bit difficult to know that he doesn’t exist physically anymore,” his uncle said. “He was a guy with a lot of light.”

According to a profile on a GoFundMe fundraiser for the teen, Wilber’s family in El Salvador believes his death was “an unexpected loss for all of us. On behalf of Wilber’s family, we want you to remember him for the happy soul he was. His family and friends know that Wilber had a positive outlook on life. We also hope to seek awareness that Covid-19 is to be taken serious,” the page reads, “no matter how young or healthy you may seem.”

Covid-19 reinfections are rare, but cases have been reported, according to the Centers of Disease Control and Prevention (CDC). The US has seen over 400,000 deaths and more than 24 million cases. Meanwhile, the Department of Health has today been notified of 2,488 new cases and 61 more deaths from COVID-19 in Ireland. The number of people now in ICU is 210, which is an increase of 8 from yesterday’s figures. This brings the total number of deaths associated with the disease to 2,768 and the total number of Covid-19 cases to 179,324.

Hairdressers Are Asking To Be Opened Sooner Than Planned