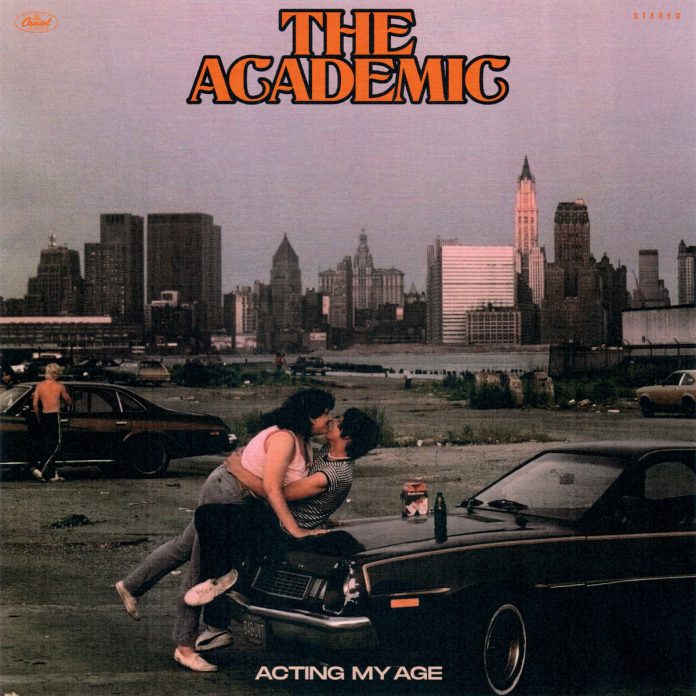 The Academic have already sold out venues across the UK & Ireland, and received the props of Mick Jagger who personally selected them to support The Rolling Stones in Dublin.

Now the indie rock band (formed in Rochfortbridge, County Westmeath in 2013 by Craig Fitzgerald, Dean Gavin, and brothers Matthew and Stephen Murtagh) have released their new EP is called Acting My Age.

Produced by Kaiser Chiefs’ drummer Nick Hodgson the EP is streaming now through Capitol Records and is is preceded by new single of the same name.

The Sunday Times says it’s, ‘’Guitar pop at its most immediate and infectious.’’

According to a press release:

The six tracks that form this EP act as a timely introduction to The Academic, right as they commence their journey to take their music beyond the confines of Ireland.

As Mullinger’s finest, The Academic are already deemed hometown heroes with a number one album to their name. And if you were a betting person, you’d probably fancy a flutter on The Academic repeating their chart success further afield. The songs are the sort that make a quick impact; sharp, buoyant and explosive. By second listen you’ve got the melodies nailed, fizzing around in your cranium. Instant gratification. Time is precious.

The EP opens with the weighty one-two of Anything Could Happen and Acting My Age, songs that sound a few steps beyond promising and into ‘essential’ territory.  Look up to the stars and you’ll find them en route. The rest of the EP offers plenty of light and shade, tonally and expressively.

The Academic are well used to playing in front of big crowds having supported The Strokes, Pixies, Noel Gallagher and Twenty One Pilots in the past but the Mullingar indie-rockers, said it was a “childhood dream” to play a venue like Croke Park with the Stones in 2018.

Their single Bear Claws became a YouTube hit in 2017 when they released a live looper version that’s garnered over two million views since being uploaded.