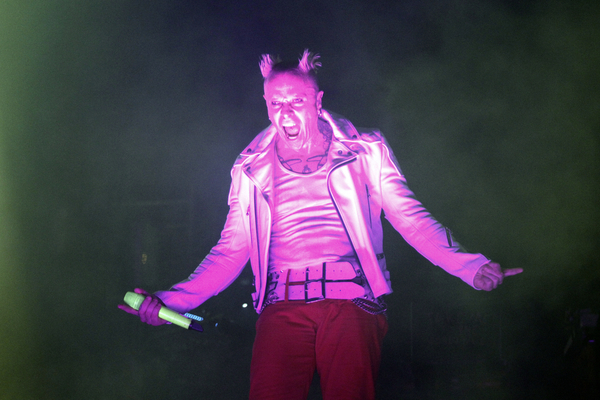 The Prodigy have paid tribute to frontman Keith Flint on the third anniversary of his death. Flint died on 4 March 2019 aged 49.

The band took to social media to once again mark the anniversary in his honour.

“Its been three years … We miss u every single day brother, but we feel u always with and around us”, the Prodigy’s Maxim and Liam Howlett wrote. “Your Fire will never go out. Stay Punk brother. We live forever!”.

Its been 3 years …
We miss u every single day brother ,
But we feel u always with and around us ,
Your Fire will never go out ,
Stay Punk brother
We live forever !
LH & MAXIM x#theprodigy#weliveforever#raisetheroof

The Prodigy paid a similar tribute to Flint last year, marking 2 years since he passed away.

Once again, the post was also signed by Liam Howlett and Maxim. More on this here.

On top of this, a mural was also unveiled in Hackney in Flint’s honour in order to mark World Suicide Prevention Day 2021.

This artwork was a crowdfunder done by a street artist Akse in partnership with music and mental well being festival Headstock. Check it out here.

“Respect to everyone for coming together to make this happen for a cause so close to us. Akse has done Keef proud”, Liam Howlett wrote of the mural.

“Keith Flint was the original firestarter. He was a true trailblazer in electronic music, and I was lucky enough to see him perform with The Prodigy on a number of occasions”, Headstock founder Altheer Al-Salim said.

“Off-stage, Keith struggled with his mental health, and he talked candidly about his ‘dark periods’. Tragically, this culminated in him taking his own life. We’ve created this mural to help remember Keith and ensure that his flame continues to burn brightly – but also to raise awareness of Shout 85258, and the incredible 24/7 text support service it provides”.

“We hope that the mural will help anyone that sees it know that confidential support is just a text message away”.

Last May, The Prodigy also released a snippet for their first music since the death of Keith Flint.

The band had confirmed that they were working on their first album since the singer’s passing. They tweeted, “New Prodigy studio session beats are rollin #theprodigy #keepitraw #weliveforthebeats”. More on this here.