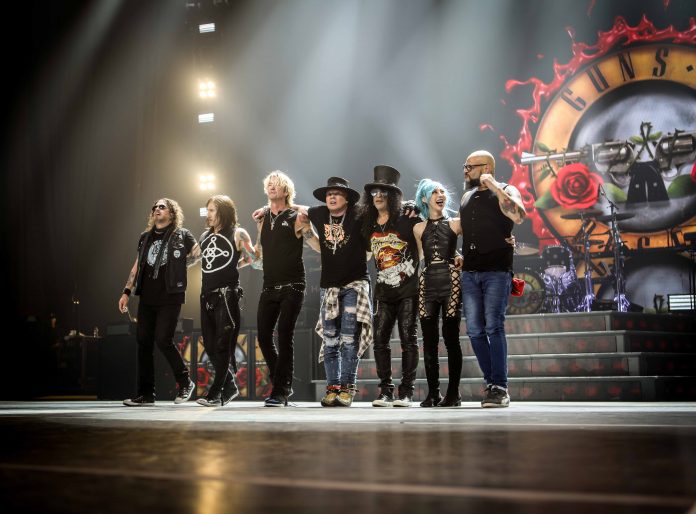 Every day on Radio Nova, just before 11am, we play a couple of songs key to “today in music history” Have a listen! But for now – here’s some light reading and watching. August 6th in Music History looks like this.

1965, The Beatles released their fifth album and soundtrack to their second film ‘Help!’ which included the title track, ‘The Night Before’, ‘You’ve Got to Hide Your Love Away’, ‘You’re Going to Lose That Girl’, ‘Ticket to Ride’ and ‘Yesterday’.

1973, Stevie Wonder was seriously injured when the car he was riding in crashed into a truck in North Carolina leaving him in a coma for four days. The accident also left him without any sense of smell or taste. They did return soon afterwards.

1981, Stevie Nicks released her first solo album Bella Donna which contained four top 40 US hits. ‘Stop Draggin’ My Heart Around’, (with Tom Petty), ‘Leather and Lace’, (with Don Henley), ‘Edge of Seventeen’ and ‘After the Glitter Fades.’

1988, Appetite For Destruction Guns N’ Roses debut album went to No.1 in the US, after spending 57 weeks on the chart and selling over 5 million copies. Singles from the album, ‘Sweet Child O’ Mine,’ ‘Welcome to the Jungle’ and ‘Paradise City’ were all US top 10 hits. Worldwide sales now stand in excess of 28 million and the album is the best-selling debut album of all-time in the US.

2001, Whitney Houston became one of the highest-paid musicians in the world after signing a new deal with Arista records, said to be worth more than $100m.

Seriously Addictive Music News – Queens of the Stone Age And...

Happy Gilmore Sequel Being Talked Up By Sandler And McDonald