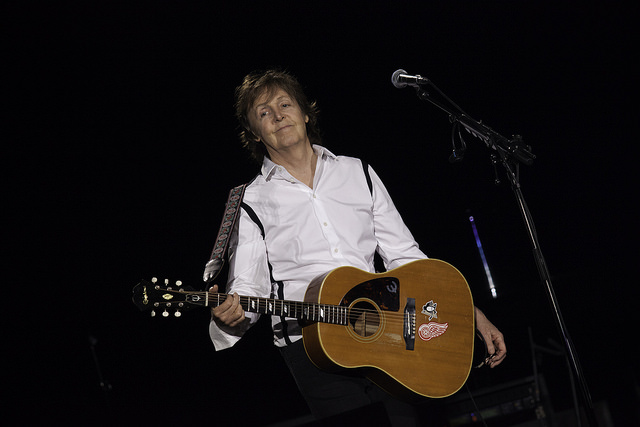 Every day on Radio Nova, just before 11am, we play a couple of songs key to “today in music history” Have a listen! But for now – here’s some light reading and watching.

1971, Paul McCartney’s second solo album ‘Ram’ started a two-week run at No.1 on the UK chart. Featuring the US No.1 single ‘Uncle Albert / Admiral Halsey’. (Jimmy McCullogh of Wings would have had a birthday today)

1975, During recording sessions for Wish You Were Here at Abbey Road Studios, London, England, Syd Barrett turned up out of the blue as Pink Floyd were listening to playbacks of Shine On You Crazy Diamond — a song that happened to be about Barrett. By that time, the 29-year-old Barrett had shaved off all of his hair (including his eyebrows), was very overweight, and his ex-bandmates did not at first recognise him. Barrett eventually left without saying goodbye, and none of the band members ever saw him again.

1997, Founding member of The Small Faces and The Faces, Ronnie Lane died aged 51 after a 20-year battle with MS.

2002, Dee Dee Ramone, (Douglas Glenn Colvin), bass guitarist with the Ramones died at his Hollywood, California apartment of a heroin overdose aged 49. He was the group’s primary songwriter, penning songs such as ‘Rockaway Beach’, ’53rd & 3rd’, and ‘Poison Heart’.

Happy birthday to Freddie Stone of Sly and the Family Stone, Iron Maidens Nicko McBrain and Pete Wentz, of Fall Out Boy.