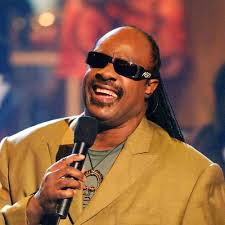 Every day on Radio Nova, just before 11am, we play a couple of songs key to “today in music history” Have a listen! But for now – here’s some light reading and watching. October 16th  in Music History looks like this.

1965, The Beatles, recorded ‘Day Tripper’ at Abbey Road studio’s London in three takes, they then added vocals and other overdubs, completing the song before the end of the day.

1972, CCR called it a day following the failure of their most recent album, ‘Mardi Gras’. John’s brother Tom Fogarty died in September, 1990 and the surviving members have since been touring as Creedence Clearwater Revisited.

1976 Stevie Wonder ‘Songs In The Key Of Life’ was sitting at the top of the charts. Gave us some huge tunes.

2001, Two security guards were sacked after refusing to allow Bob Dylan into his own concert. Dylan who had demanded that security on his ‘Love and Theft’ tour should be tighter, then didn’t have a pass when he arrived backstage.

Dylan getting rinsed by two Dubs back in 1966 for refusing to sign an autograph. “WHAT’S WRONG WITH HIM TODAY, EH?!” pic.twitter.com/KDeU46AcUm

2006, CBGB, the legendary New York punk club credited with discovering Patti Smith and Ramones closed after a final gig by Smith herself. Blondie and Talking Heads also found fame after performing there, which helped launch US punk music.

And in other Patti Smith news, today in 2015, Patti Smith was said to be moved to tears after a fan returned a bag of stolen goods to the singer, 36 years after they went missing. They included a shirt worn for a 1978 Rolling Stone cover shot and a bandana given to her by her late brother. The items went missing in June 1979 when a truck, which was carrying sound equipment, guitars and other musical equipment, was stolen from outside a hotel.