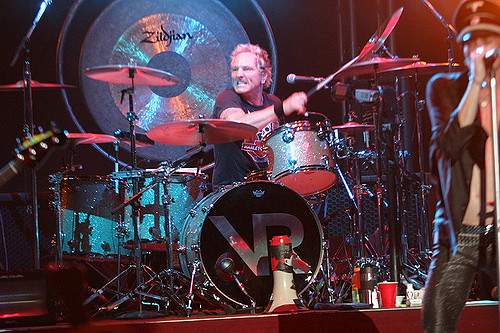 Every day on Radio Nova, just before 11am, we play a couple of songs key to “today in music history” Have a listen! But for now – here’s some light reading and watching.  November 19th in Music History looks like this.

1964, The Supremes became the first all girl group to have a UK No.1 single when ‘Baby Love’ went to the top of the charts.

1979, Chuck Berry was released from prison after serving a four-month sentence for tax evasion.

2002, Safety experts blasted Michael Jackson after dangling his baby from a third-floor hotel balcony. Jackson was in Berlin for an awards ceremony and was showing his nine-month old baby to his fans outside the hotel.

2006, A guitar played by George Harrison was set to fetch more than £100,000 at a London auction. The Maton MS500 guitar was used on The Beatles first album.

2012, Two farmers were found not guilty of health and safety offences after a giant hay bale crushed former ELO cellist Mike Edwards to death. He was killed instantly when the 600kg bale rolled down a field and landed on his van. The inquest jury returned a verdict of accidental death on Mr Edwards.

2016, A furious letter from John Lennon to Paul McCartney and his wife, Linda, written after The Beatles’ break-up sold for nearly $30,000 (€28,000), to an anonymous collector in Dallas. In the two-page typed draft with handwritten notes, Lennon criticized the couple for their treatment of him and his wife, Yoko Ono.