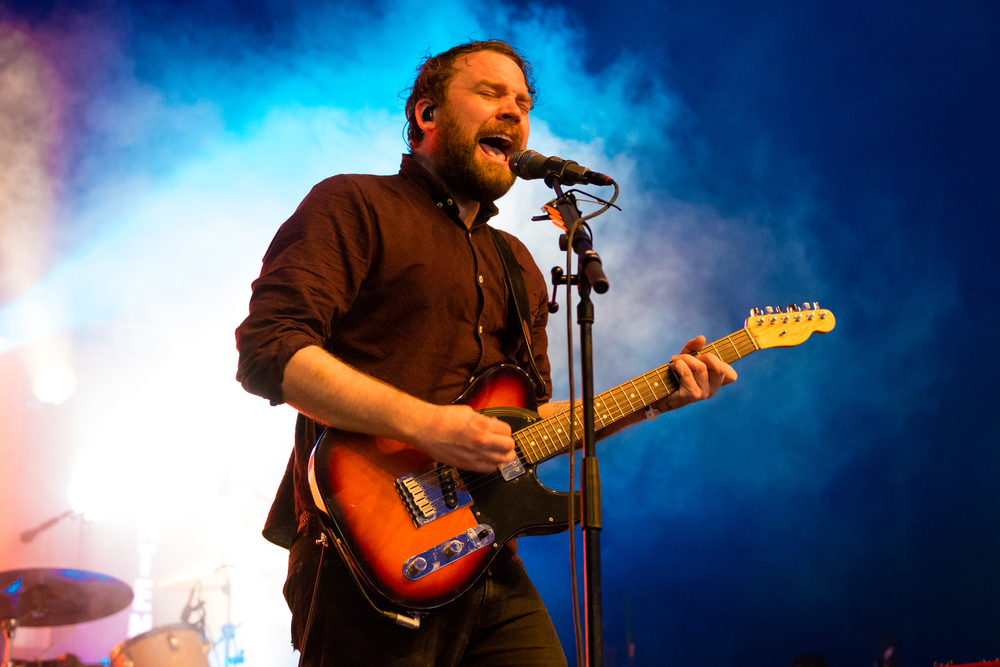 In a post on Twitter just before his disappearance, he wrote, ‘Be so good to everyone you love. It’s not a given. I’m so annoyed that it’s not. I didn’t live by that standard and it kills me. Please, hug your loved ones.” His final tweet said, ‘I’m away now. Thanks.’ Hutchison’s body was found at Port Edgar in Queensferry, west of Edinburgh at around 8.30pm on Thursday and his identity was confirmed this afternoon.

In a statement, the singer’s family said they were devastated by his loss. ‘Despite his disappearance, and the recent concerns over his mental health, we had all remained positive and hopeful that he would walk back through the door.’

Meanwhile, the music world has paid tribute to Hutchison after his death was confirmed.Frightened Rabbit bandmates paid tribute to him on Twitter, saying ‘There are no words to describe the overwhelming sadness and pain that comes with the death of our beloved Scott but to know he is no longer suffering brings us some comfort… He will be missed by all of us and his absence will always be felt but he leaves a legacy of hope kindness and colour that will forever be remembered and shared. Rest peacefully, Scott.’

Paying tribute on Twitter, Alt-J wrote: “We are deeply saddened by the news of our labelmate Scott Hutchison, and our thoughts are with his family and friends at this time. In the UK, you can call the Samaritans on 116 123. In the US, the National Suicide Prevention Hotline is 1-800-273-8255. You are never alone.” Biffy Clyro wrote: “So so sad. So so sorry. All our love to the Hutchison family. Rest in peace Scott.’

Tributes have also come in from, Frank Turner, The National’s Aaron Dessner, Idlewild’s Roddy Woomble, Twin Atlantic, Snow Patrol and Glasvegas. The Cribs said, ‘Terribly sad to hear the news regarding Scott Hutchison. As mentioned before, we didn’t know each other personally – but there is always empathy and a bond between fellow touring musicians, especially contemporaries of a similar age group, so this hits particularly hard.’