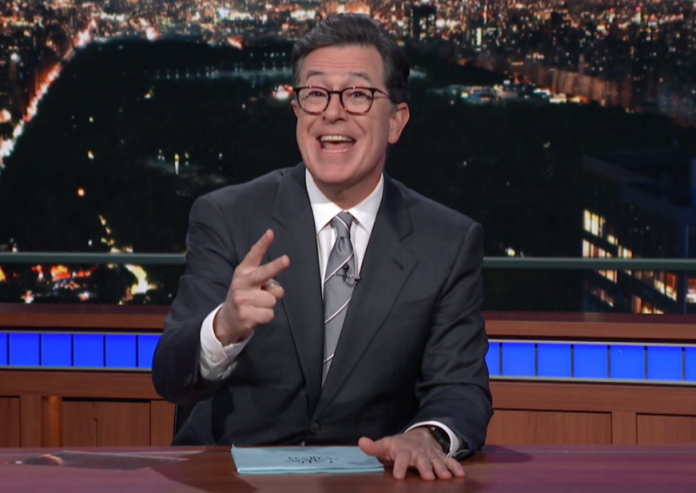 Stephen Colbert has just released a parody about President Trump’s ‘button’ and you will not stop laughing.

The CBS Late Show host, has sent the internet into hysterics with his ‘erectile dysfunction’ parody of Trump’s nuclear button.

On Tuesday, January 3rd the President of the United States sent out a tweet comparing his ‘button’ to that of Kim Jong Un’s, stating: “I too have a Nuclear Button, but it is a much bigger and more powerful one than his, and my button works!”

North Korean Leader Kim Jong Un just stated that the “Nuclear Button is on his desk at all times.” Will someone from his depleted and food starved regime please inform him that I too have a Nuclear Button, but it is a much bigger & more powerful one than his, and my Button works!

While the tweet is incredibly alarming, there is nothing like good humour to keep the public at ease – and Colbert has delivered on that end.

‘Viagrageddon‘ will remind you that you should not let ‘button dysfunction destroy your world’ while adding you should always get checked to make sure your heart is ‘healthy enough to destroy the world’.

Check out the video below for utter hilarity!