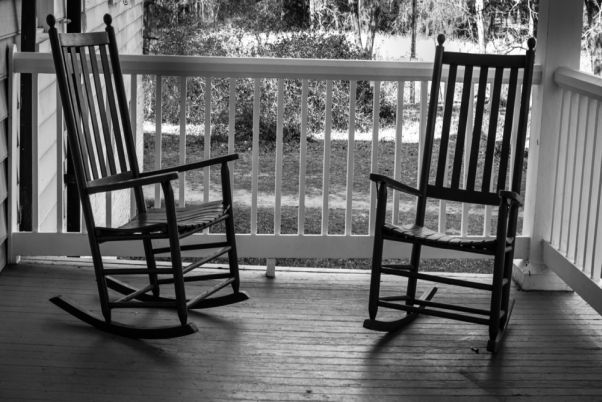 Two elderly German men decided they were fed up sitting around playing bingo in a German nursing home and decided they need a fix of Judas Priest and whole host of metal bands at the Wacken Open Air Festival over the weekend. The alarm was raised in the nursing home when panicked staff realised the two men had gone missing. The elderly rockers had sneaked out to let loose at the two-day event.

According to Deutsche Welle, police were called who discovered the headbangers on the festival grounds at around 3 AM. Naturally, the two men didn’t want to leave the metal fest. but the authorities decided that they should be sent home in a taxi with an escort by a patrol car.

This year’s Wacken Open Air is considered to be the world’s largest metal festival and featured headlining slots by Judas Priest, Danzig and Hatebreed, with additional performances coming from  Vince Neil, Dokken, Cannibal Corpse, Tremonti,  and Fozzy, as well as many others. The festival was a completely sold out event with roughly 75,000 people in attendance each day.

WACKEN OPEN AIR! It’s been a while, but we’re back TONIGHT! See you at 8pm at the FASTER stage!
#archenemy #wacken #wackenopenair #woa2018 #willtopowertour #festival #germany #europe #woa pic.twitter.com/vgg7RWqfO8

Wacken Open Air is infamous for its muddy ground, but the region didn’t experience any rainfall in the days running up to the festival. Organisers had warned against the possibility of fire and dust due to the arid ground. Police say that the only arrests they made were for minor cases of drug possession.

To help combat the heat, beer was transported to the grounds via a seven-kilometre pipeline. The promoters did this to ensure the grounds were protected from being destroyed by the trucks that have always brought the beer and reduce traffic in the area. The pipeline held enough pressure to pour six beers in six seconds, which is quick enough to satisfy the average daily demand of 5.1 litres per fan. Five litres of beer peer person? Cheers!

We have an exclusive and limited edition shirt available only at Wacken Open Air this year. Even the Pope is excited about this one! Grab yours while stock lasts!#archenemy #wacken #wacken2018 #wackenopenair #wackenopenair2018 #willtopower #willtopowertour #merch #bandmerch pic.twitter.com/yQ0CRqAboE