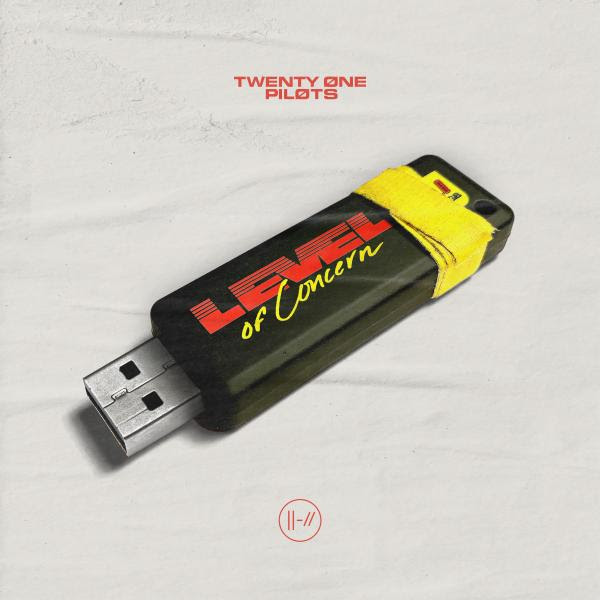 Twenty One Pilots have released an ’80s-themed lyric video for their new song Level Of Concern.

This is the second video for the same song and the lads took the ’80s thing so seriously that they the video on a Macintosh ES and a Macintosh SE/30; two computers released in 1988 and 1989 respectively.

The duo of Tyler Joseph and Josh Dun will donate a portion of the proceeds from Level of Concern to Crew Nation, a global relief fund for live music crews, which aims to help touring and venue crews affected by the Coronavirus pandemic.

Twenty One Pilots‘ frontman Tyler Joseph revealed to fans on Twitter recently that he had been working on new music while in self-isolation expressing, “always writing, but this one feels like it should just come out now.” Joseph added, “I think it’s simple but hopeful,” noting that it’s the first song he has ever written on electric guitar.

Level Of Concern was written and recorded amidst the COVID-19 pandemic. The song, which encourages hope during difficult times, is available now on all streaming platforms and also has an official music video directed by longtime collaborator Reel Bear Media.

Level of Concern is the first new music from Twenty One Pilots since the release of their acclaimed 2018 LP TRENCH. A true global phenomenon having surpassed two billion streams worldwide, TRENCH earned Twenty One Pilots Top 5 chart debuts around the globe including the U.S., U.K., Belgium, Canada, Finland, Germany, Ireland, Italy, Norway, Scotland, Sweden, Australia, New Zealand, and The Netherlands.

Win Your Way To See Duran Duran Live In Dublin Next...