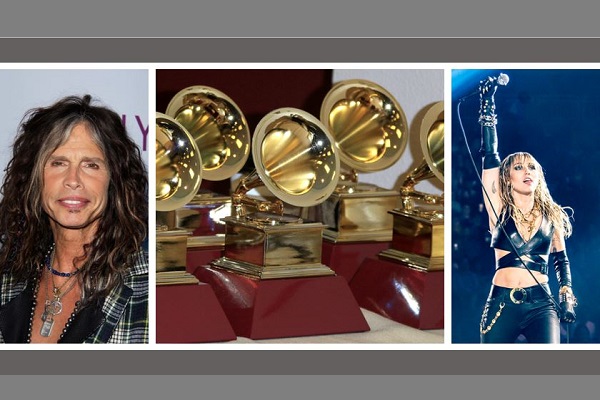 While the Grammys have shifted from Los Angeles to Las Vegas amid the COVID-19 pandemic, Live Nation will host the annual event. Attending guests can indulge in a cocktail hour, seated dinner, live auction, viewing party of the Grammys, and an after party entertained by Cyrus.

“The support that this Grammy Awards Viewing Party has received is incredibly moving, and we can’t wait to continue the tradition this year,” said Tyler per a press release. The Aerosmith singer said he is looking forward to an incredible night and reuniting with long time Janie’s Fund supporter, Cyrus.

“Miley joined me in this important work when we launched Janie’s Fund in 2015 and is a powerful voice and advocate for women. I can’t think of another artist that better aligns with our mission,” Tyler declared.

Tyler’s viewing party has played a big part to the success of Janie’s Fund with massive contributions made over the years. To this date, the annual bash has helped raise over $7.6 million for the charity. Accompanying the special charity, Janie’s House had been created two years after Janie’s Fund had begun. More information about the event can be found here.

The Kickstarter To Ban Nickelback From London Has Failed