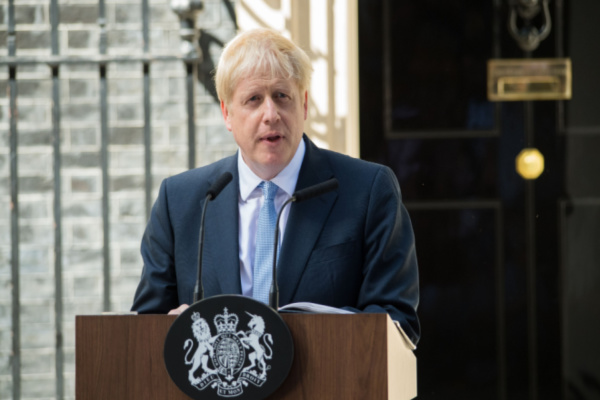 Boris Johnson is to resign as British Prime Minister.

The much maligned minister has received major criticism after he appointed Chris Pincher as deputy chief party whip, despite being investigated for inappropriate behaviour.

Pincher was accused of groping two men at a private member’s club.

This has led to dissension among the British Government. A number of MPs and minister have also resigned this week, including Chancellor Rishi Sunak and Health Secretary Sajid Javid, rendering Johnson’s position somewhat untenable.

Johnson has since admitted that “it was a mistake” to appoint Pincher. Pincher himself has since resigned as a MP. He was also accused of being aware of the allegations.

Since then, a source has revealed that Boris Johnson informed chairman of the backbench 1922 Committee Sir Graham Brady about his decision.

He agreed to step down, with a new Tory leader set to be appointed ahead of the party conference in October. Mr Johnson is to make a statement later.

Following this Labour leader Keir Starmer said that it “was good news for the country that Boris Johnson has resigned as Prime Minister”.

“The Conservatives have overseen 12 years of economic stagnation, declining public services and empty promises”, he added. “We don’t need to change the Tory at the top – we need a proper change of government. We need a fresh start for Britain”.

Starmer also added, “He [Johnson] was always unfit for office. He has been responsible for lies, scandal and fraud on an industrial scale. And all those who have been complicit should be utterly ashamed”.

“The Tory Party have inflicted chaos on the country during the worst cost of living crisis in decades and they cannot now pretend they are the ones to sort it out”.

This has been one of the most shameful sagas in the history of British politics.

Boris Johnson has presided over a government defined by lies, sleaze, an utter lack of integrity, unlawful behaviour, incompetence, and a damaging culture of impunity in public office. 🧵

1. There will be a widespread sense of relief that the chaos of the last few days (indeed months) will come to an end, though notion of Boris Johnson staying on as PM until autumn seems far from ideal, and surely not sustainable? https://t.co/SQXuCC1HYH

False Report On Queen Death Could Be Mix Up Over Mark...

Gardaí Call On Football Fans To ‘Play Their Part’ This Weekend...