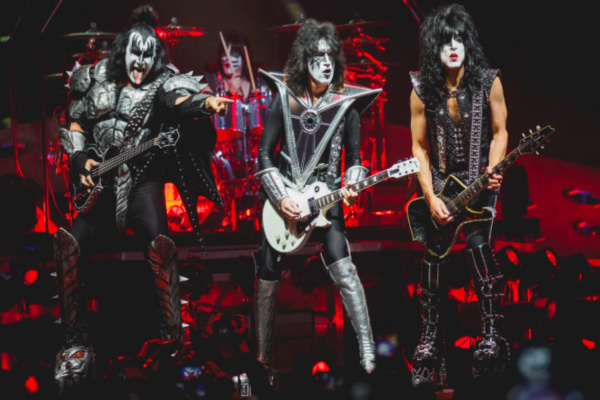 Rare footage of KISS performing from 1975 has been uploaded to YouTube, and fans have been going crazy! These are crazy, crazy, crazy fans! You might say!

“Thanks for the upload”, one fan stated. “It’s nice to know that after all these years there’s still some incredible gems locked away waiting to be liberated!”.

Another added, “I still can’t get over how you found this show! It’s crazy! I’ve only seen small portions of these songs live at Detroit in Kiss documentaries, but never the whole songs from this show until now. Thank you!”, while a third adds, “This is awesome. Glad to see this get released instead of being hoarded by somebody for almost 50 years!”.

Over a period two weeks starting on June 27, footage of the band performing from that year has been uploaded to the site.

The first piece of footage shows KISS performing a show from their Alive Tour. This show was also filmed from Maryland’s Capitol Centre in Largo. The gig took place on 30 November 1975.

You can also check it out below.

One week later, and another piece of footage was uploaded for Kiss fans to feast their eyes on.

This footage captures 30 minutes from one of Kiss’ most famous shows at the Cobo Hall in Detroit, Dressed To Kill.

Only seconds of footage from this show had been previously made available on a VH1 Ultimate Albums documentary, which was released in 2003.

Cobo Hill was also where the band’s Alive! album was recorded. You can also see this footage for yourselves below.

Yesterday, another video was uploaded, featuring almost two hours of black and white footage of Kiss rehearsing in 1976.

The clip includes close up footage of the band’s drummer Peter Criss singing Beth without make up. Check it out here.

It remains unclear as where this video emanated from. Well renowned members of Kiss collectors’ community, Ross Bradley and Curt Gooch have been credited in the video blurbs.

In more recent times, attention switches to KISS and their current farewell tour.

Their bassist Gene Simmons had claimed that the band are retiring out of “self respect” for their fans. More on this here.

Phil Collins Says Genesis 2021 Reunion Tour Will Be Their Last