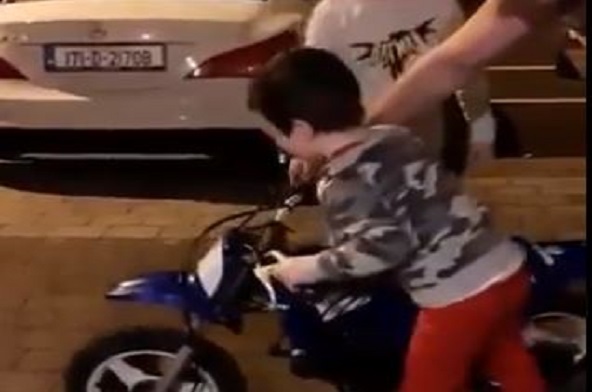 Concerns are being raised after a video of a toddler crashing a scrambler went viral over Christmas.

It’s unclear where or when the footage was recorded, but a small child with a soother in his mouth is seen crashing at full speed into a lamp post.

Gardai have been working to clamp down on scramblers this Christmas, but without legislation, they are restricted in what they can do.

Gardaí Appeal For Information After Two Women Killed in Crash In...