Home News Video: Dolphin Has Been Seen Swimming In The River Liffey! 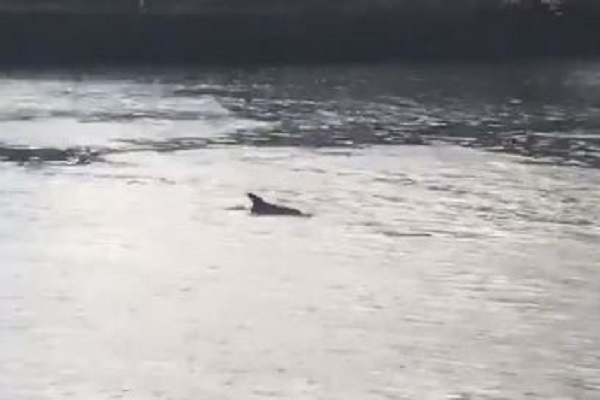 A dolphin has been sighted swimming the river Liffey this morning. The DSPCA claims it’s likely the recent stormy conditions has confused the creature. It has been spotted moving in circles near the Custom House and Sir John Rogerson’s Quay.

According to experts, “it is not uncommon” to see dolphins in city rivers after storms. That’s considering that rough weather may have dragged up metal and other debris sitting on the river bed, This debris could have disrupted the dolphin’s sonar, causing confusion.

The DSPCA has asked anyone who spots the dolphin in the river not to try and help it and that it should swim back to sea soon.