Iron Maiden singer Bruce Dickinson has blasted the Rock And Roll Hall Of Fame over the metaller’s omission from the awards. According to Antimusic, that was during his current spoken word tour of Australia.

During a Q&A session with the audience, the frontman was questioned by a fan in Melbourne. The fan wanted to know if he thinks the band should be inducted into the legendary rock institution.

“Absolutely. I actually think the Rock And Roll Hall Of Fame is an utter and complete load of bollocks, to be honest with you. It’s run by a bunch of sanctimonious bloody Americans who wouldn’t know rock and roll if it hit them in the face. They need to stop taking Prozac and start drinking f-ing beer.”

According to the Rock Hall’s rules, an artist or band must have released its first single or album at least 25 years before the year of nomination. The Rock Hall organisers assert that factors including an artist’s musical influence on other artists, length and depth of career, innovation and superiority in style and technique and the body of work, are taken into consideration.

The epic metal legends who have been eligible as far back as 2005 have dropped a mammoth 16 studio albums with worldwide sales coming to more than 100 million copies. Check out the video clip. 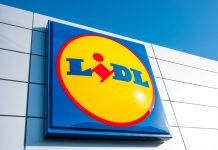 Lidl Ask The People How To Pronounce Their Name! 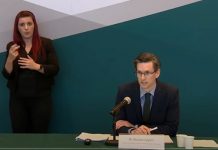 A ‘Breaking Bad’ Movie Is On The Cards!