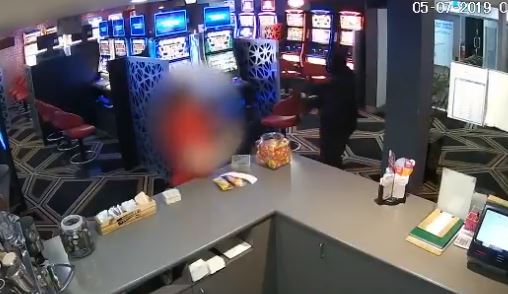 A robber holding a machete was foiled by a man who was able to fight him off with a bar stool and a potted plant.

Video shared by Queensland Police reveals a man in a balaclava entering the gaming room in a bar in Mermaid Beach That was in the early hours of Friday morning.

Then another man who is a customer at the bar sneaks up and whacks him and attacks him with a bar stool.

The customer can then be seen throwing a pot plant at the would-be robber.

Police have released CCTV as part of their investigation into the armed robbery of a tavern at Mermaid Beach in the early hours of this morning. The offender fled empty-handed after a patron fought him off using a large stool and pot-plant. https://t.co/x7D5DUGgvq pic.twitter.com/nGesHLkXPN

Public Urged To Be Water Wise