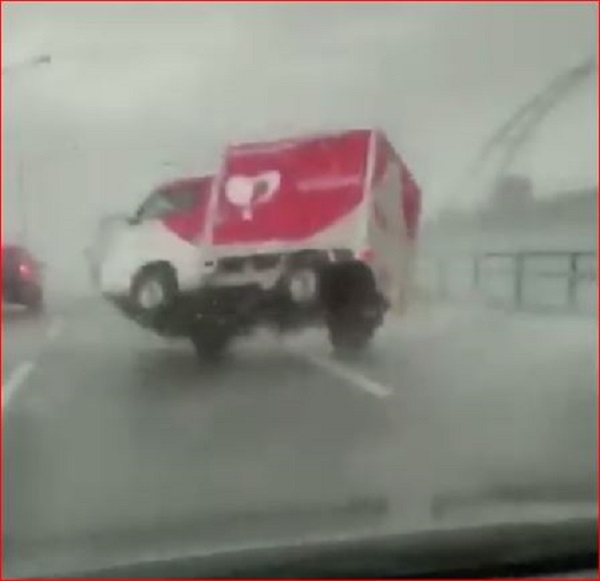 A merciless typhoon has blasted through western Japan, resulting in heavy rains and flooding. The main offshore international airport is under water and strong winds have blown a shipping tanker into a bridge. All land and air travel is disrupted.

According to Japan’s Kyodo News service, typhoon Jebi is the strongest storm type to make landfall in Japan since 1993.  A 2.500-ton tanker that was mooring bashed into the side of a bridge connecting the airport to the mainland, damaging both the bridge and the vessel.

Japan’s coast is being battered by Typhoon Jebi, the strongest typhoon there in 25 years.

For more news from around the world, head here: https://t.co/iOm40vn1kt pic.twitter.com/BIMOjWUeDk

Japan’s coast is being battered by Typhoon Jebi, it was heading north across Japan’s main island of Honshu towards the Sea of Japan. According to Japanese media over 700 flights have been cancelled. Train services were cancelled from Tokyo west to Hiroshima.

This #typhoon is absolute dangerous!!!