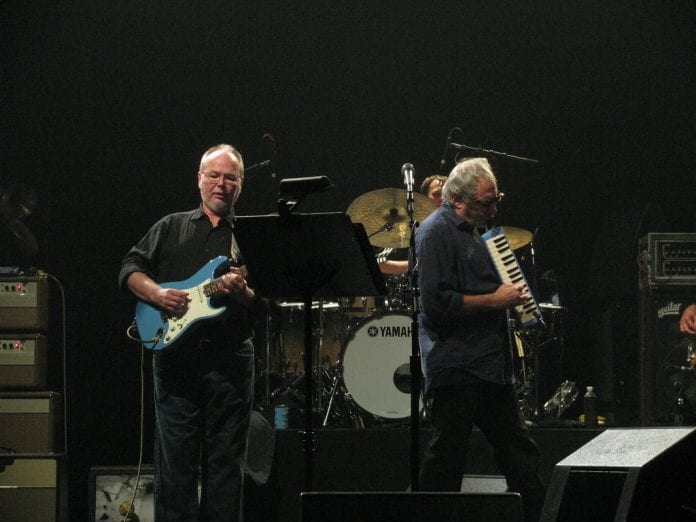 Steely Dan legend Walter Becker passed away over two months ago now, on September 3rd. Hard to believe it’s been that long. The news came as a shock to all Steely Dan fans, including ourselves here at Nova. With upcoming gigs planned for Europe and even in the 3Arena in Dublin, the news certainly wasn’t expected.

Walter was just 67 years old when he passed, with no confirmation of a cause of death at the time.

But now Becker’s widow Delia has issued a statement revealing his cause of death. She has said that the much-loved musician died “in the course of being treated for an extremely aggressive form of esophageal cancer.” He was diagnosed with the illness just 4 months before he passed away.

Read the full statement below:

“As Walter Becker’s wife of many years, I wanted to share with his fans some information regarding his death that has not previously been reported. I realize this is overdue, and I hope you will understand why. For me personally, his death was a devastating blow, as I know it was for many of you. I am just beginning to emerge from its heartbreaking impact.

Walter died in the course of being treated for an extremely aggressive form of esophageal cancer. The cancer was detected during one of his annual medical checkups and its presence came as a grim surprise to Walter, his doctors and to me. It seemed to have come out of nowhere and had spread with terrifying speed.

Walter chose an intense regimen of chemotherapy at Sloan Kettering though, between the cancer’s aggressiveness and the overwhelming toxicity resulting from the chemotherapy treatments, Walter died less than four months after the cancer was detected.

Walter passed peacefully in our New York City home, surrounded by his family, his music, and a blustery rainstorm — one of his favorite sounds — blowing outside the window. In keeping with his wishes, he was cremated without ceremony or memorial in New York City.

Understandably, Walter wanted privacy during the course of his illness and he hoped for recovery. He wanted to be able to return to the stage and once again perform for his fans. It’s important to me, as it was to Walter, that you all know he never intended to keep anyone in the dark about his condition. He just ran out of time much sooner than any of us thought possible.

The tsunami of tributes and remembrances that have followed Walter’s passing has been deeply moving. Even his ‘Number 1 Fan’ — me — would not have predicted anything close to the depth and breadth of public expressions from those whose lives were enriched by Walter —  by his talent, his kindness, and his skill at inspiring some wicked fun.

Thank you, everyone, for helping me and his loved ones know that Walter’s mark on the world — and on all of you — will not soon fade.

Everything You Need To Know About The Editors Before Their Gig...