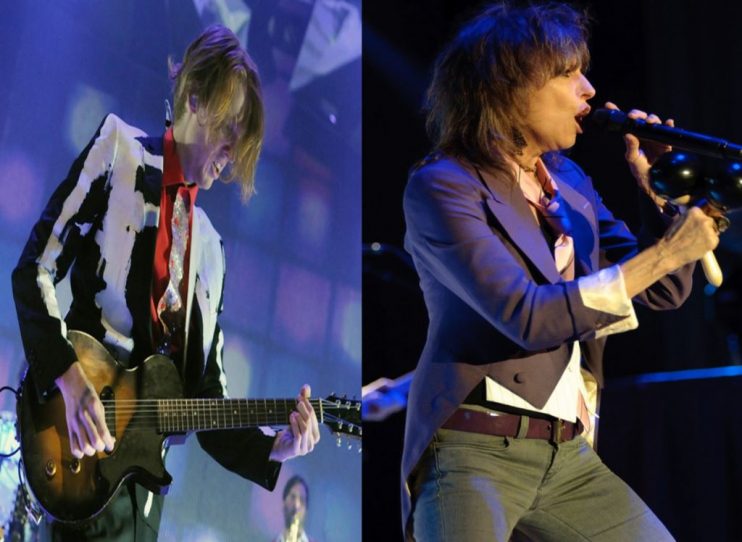 Canada’s Arcade Fire headlined a show at London’s Wembley Arena last night, Wednesday 11th. It’s one  of a four date stint for the band at the iconic music venue. They were joined on stage by Pretenders front woman Chrissie Hynde to sing a cover of ‘Don’t Get Me Wrong’. There’s videos of the performance below.

For the encore Hynde returned to sing the Arcade Fire’s breakthrough song ‘Wake Up’ and The National’s Bryce Dessner made a surprise guest appearance.

Chrissie Hynde sounding as fantastic as ever with the mighty @arcadefire at Wembley tonight – brilliant stuff as usual 😁 pic.twitter.com/qrqRcbXjBH

Meanwhile, Chrissie Hynde has a new documentary called  Alone With Chrissie Hynde coming out on DVD . It’s set for release on May 25th and will also see a digital release. The documentary was originally broadcast on the BBC and had a US cinema release last year.

Arcade Fire recently played a moving tribute to the late Dolores O’Riordan at the 3 Arena in Dublin where the band covered ‘Linger’. Win Butler and his merry band of troubadours will play two more dates at Wembley Arena 12th and 13th April before playing Birmingham and Glasgow, 15th and 16th of April respectively.