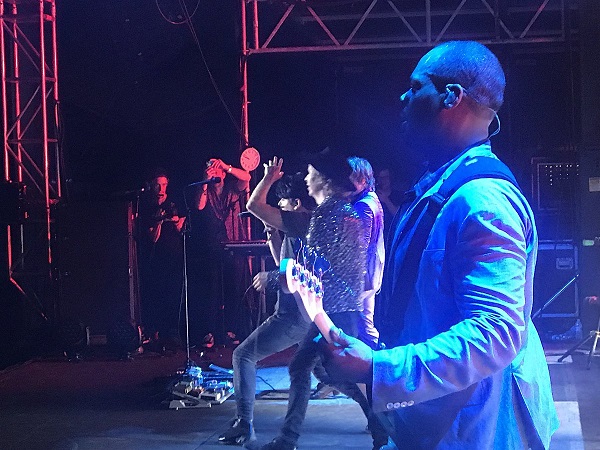 Beck headlined the second night of Riot Fest in Chicago this weekend. During his encore, he had Gary Numan as a guest to perform a rendition of his late 1970s hit “Cars.” You can watch Beck and Numan perform it together below.

Numan had performed at the festival earlier that day on the heels of his solo record from last year, Savage (Songs from a Broken World).

According to Beck fansite Whiskey Clone, he has had an interest in “Cars” for some time now. The singer’s been including bits of it into his live set for his Colors tour since it kicked off, but he also covered the song live as far back as 2002.

Honoured to be invited to join @beck on stage tonight at RiotFest. Incredible band. pic.twitter.com/uxyZKAYPip

Numan recently opened up about his battles with depression, “Unless you’ve actually suffered depression, it’s impossible to understand how it feels. I mean it’s no good telling someone to cheer up. That’s like trying to talk them out of having flu. The worst thing about depression is that it’s often contagious. It spreads out, to include everyone around you, especially the family.”

Married for 26 years, Numan refers to his loved wife Gemma whom he describes as his buffer, “We’re very close and work well together. But we’ve certainly had some tough times,” he says. “Depression is bad enough when one partner is suffering but when both are going through it at the same time, only the strongest relationship can survive.”